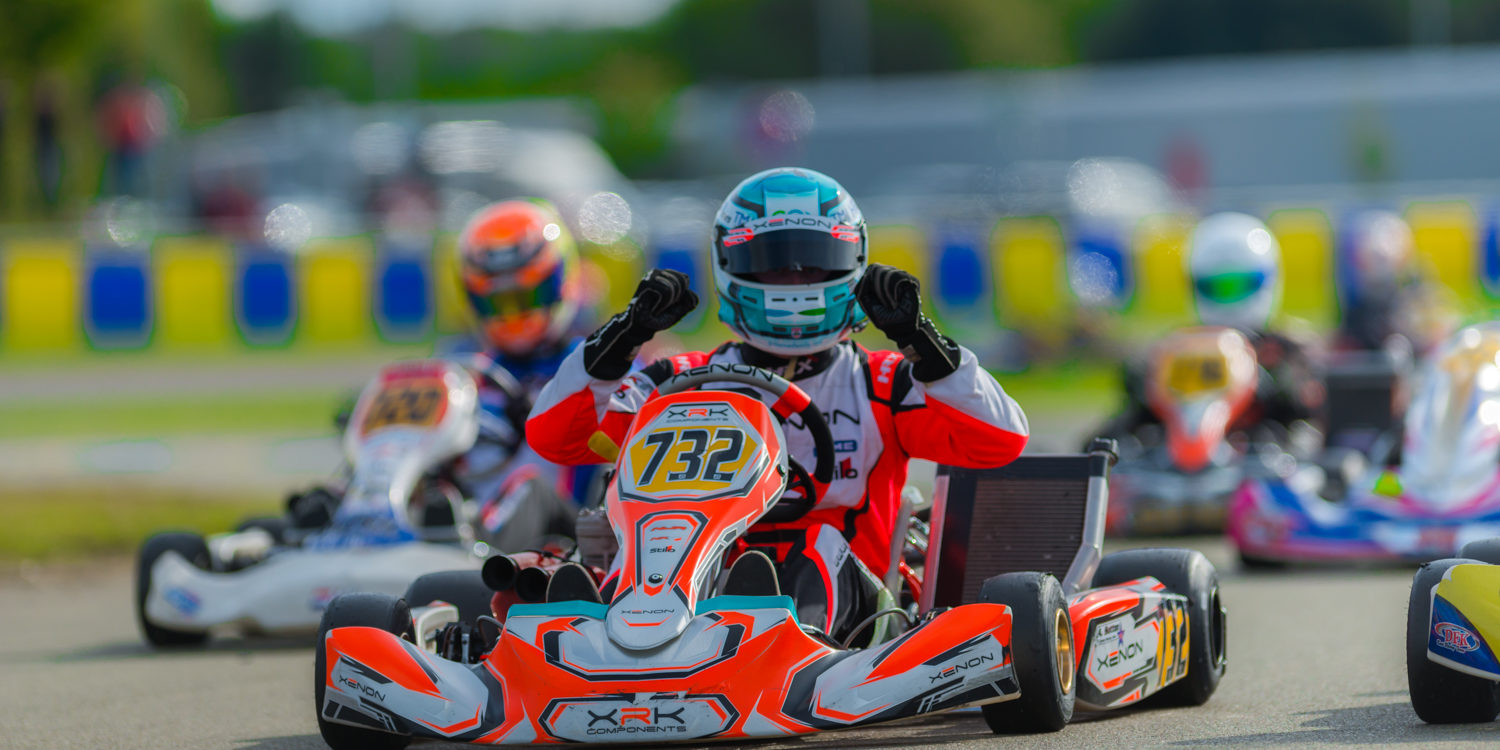 When British Touring Car driver, Ash Sutton (GBR), appeared on the the entry list in the Super Shifter class many were excited to see what he could do. A champion in the BTCC, Ash has gone on to some magnificent things since leaving Karting, but this was supposed to be a fun experience having not raced a Kart for several years.

Ash hadn’t even driven a Super Shifter until just a few weeks ago and that was around Rye House in the UK, a big difference to Le Mans! Arriving at the event three days down on practice and taking to the track in the dry for the first time in Qualifying his twelfth place shocked everyone, but little did we know he was hardly getting started! 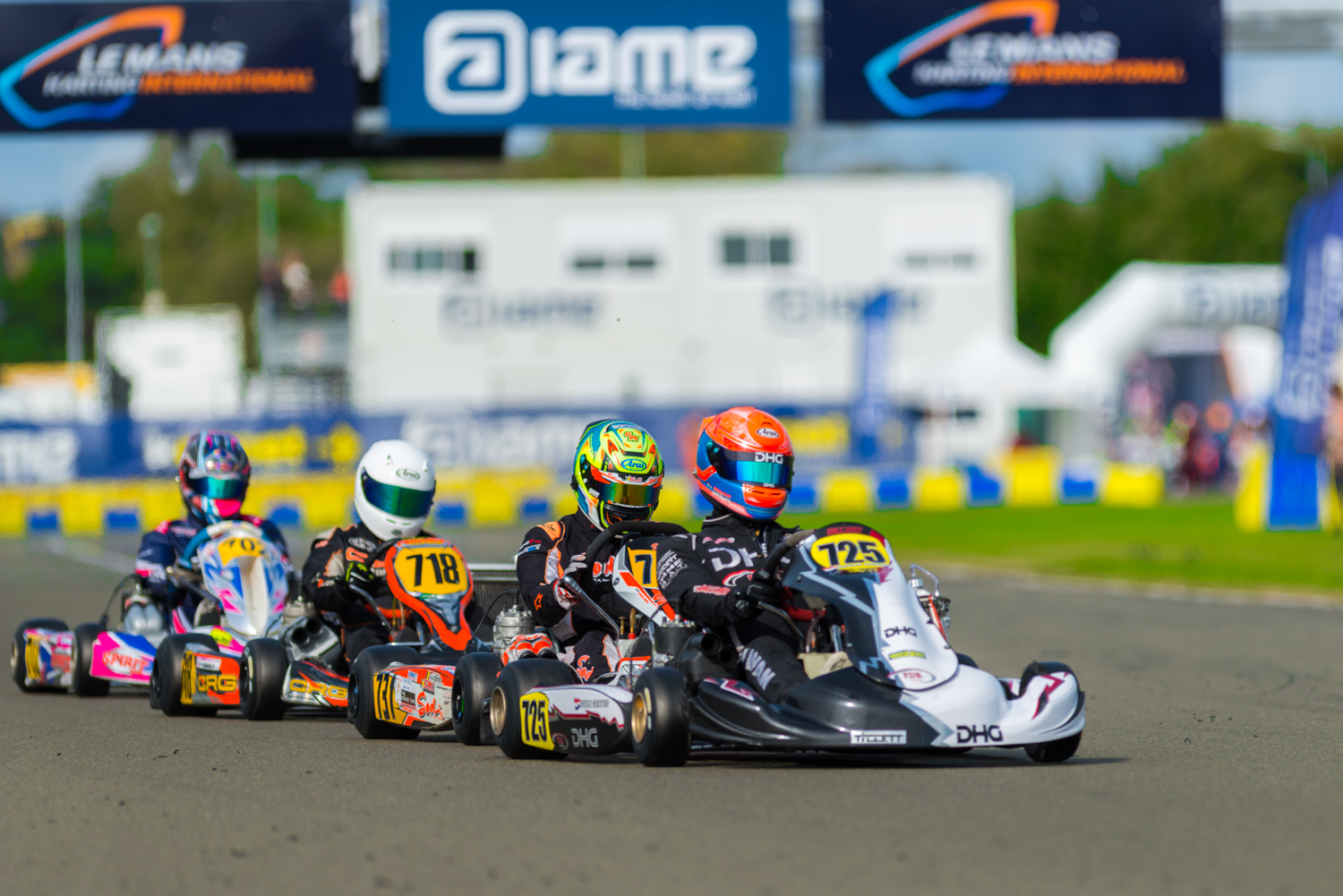 A chaotic Pre Final saw polesitter Sten Dorian Piirimägi (EST) not even take the start with Thierry Delre (BEL) disqualified from the race with drivers split on a slick or wet tyre choice. Sutton was one who did make the right choice on slicks and quickly started moving through the field after finishing lap one in sixteenth. He would eventually finish third despite two penalties, after an incident with Thomas Dam (DNK) early on.

But being third he was in the mix for the Final which would see Rowan Grinwis (NED) and Jentsen Adrianessens (BEL) on the front row. As the race got underway Christof Huibers (BEL) kept himself right in the mix in fourth and traded places with Sutton allowing the two leaders to escape. Grinwis looked settled in the lead, but Adrianessens certainly didn’t and once Sutton cleared him he was able to chase Grinwis down.

Sutton’s first attempt to take the lead on lap eleven was unsuccessful and it would see the lead group extend in big numbers with Mickey Slotman (NED) third. However, Sutton executed his second move with conviction taking Slotman with him. As Grinwis was swallowed up the gathering pack behind and Slotman nervous of an attack from Quique Bordas (ESP), Sutton made a break and now had three laps to hold on. 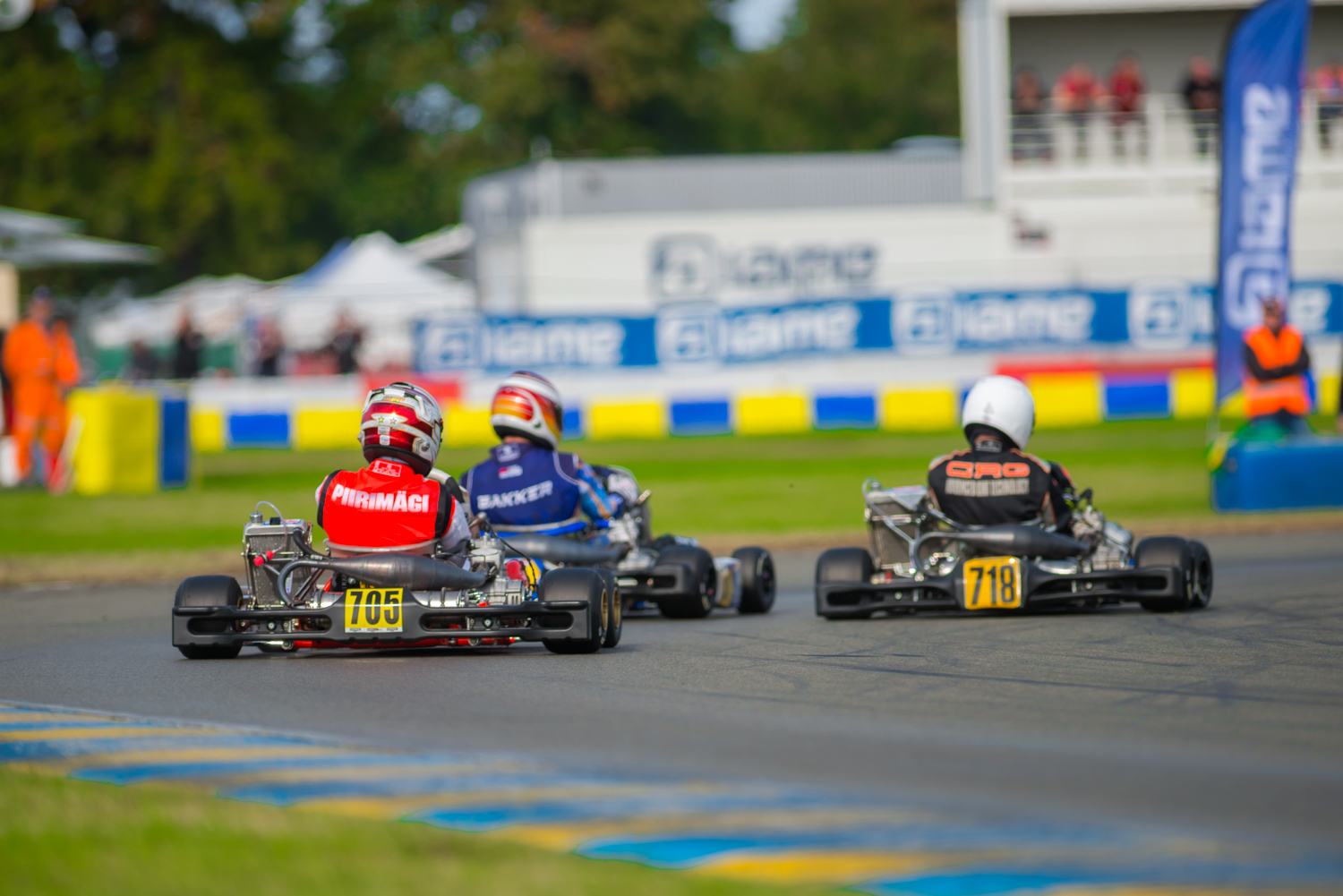 With three to go, Bordas made his move on Slotman at turn one, but the gap to Sutton was extensive in terms of how close this race had been. The Spaniard put up a valiant effort and would have had all Sutton fans nervous on the last lap, but Sutton showed no signs of nerves and went on to take a popular victory on his IAME International Final debut!

It is a fantastic achievement when you put it into context, adjusting to Super Shifter is often a lengthy process but Sutton seemed to take it all in his stride with ease. His approach was to enjoy the experience and he seemed to put no pressure on himself despite his credentials.

It was perhaps that which helped him stay calm towards the end, but more than anything he proved why he has been able to make it right to the top of this sport.

Bordas was just two tenths away from a win in a deserved second place with Slotman a brilliant third. A mention must go to Piirimägi who drove through to fifth from dead last on the grid! Perhaps a weekend of what could have been for the Estonian, but a brilliant performance nevertheless. 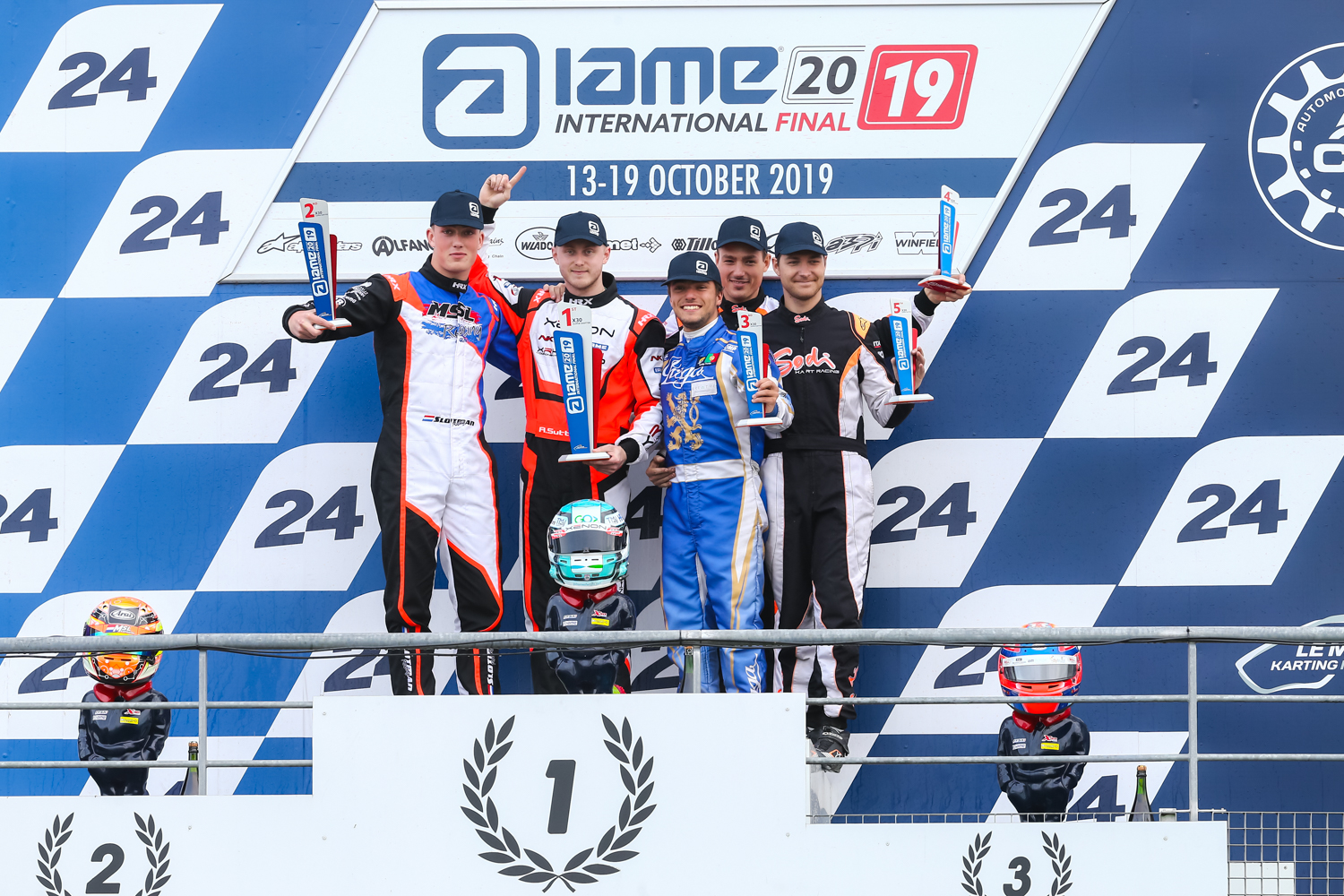