You are here:
Breaking NewsPress Release 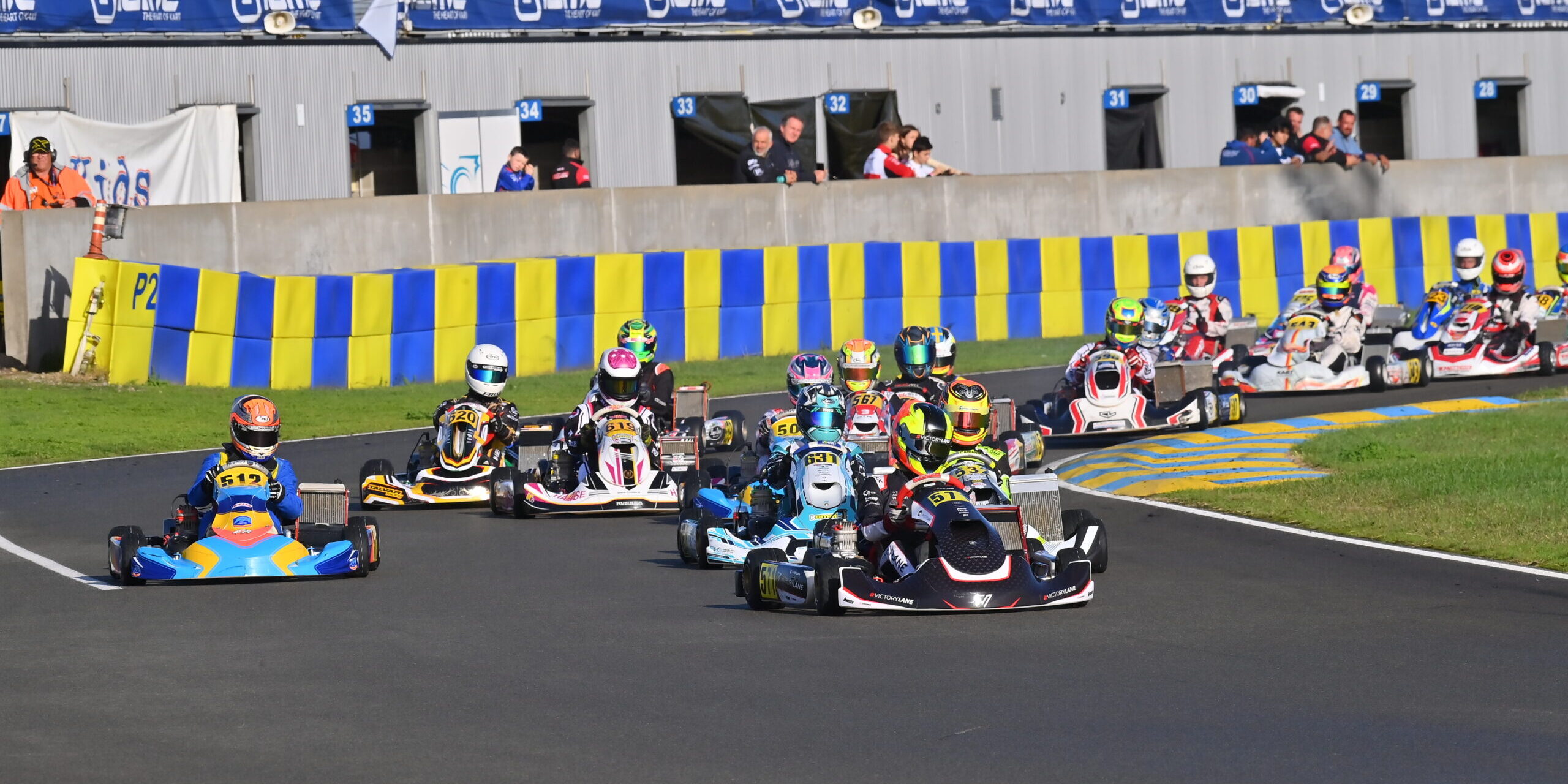 The show goes on at the IAME Warriors Final! It has already been very intense since Thursday, 20 October, with qualifying heats that were like a real marathon! 36 heats in X30 Senior and 28 in X30 Junior allowed the selection of the drivers who will participate in the pre-finals on Sunday: 108 in the Senior category and 72 in the Junior category. A lot has happened since the time trials and the Le Mans international circuit is definitely well suited to these two categories dear to IAME Karting. All the heats of this last day of qualifying took place on a dry track, with very pleasant temperatures. In total, 26 different drivers won at least one heat. The Frenchman Arthur Poulain in X30 Senior and the British drivers Gabriel Stilp in X30 Junior have the honour to be in the first position of the intermediate ranking. 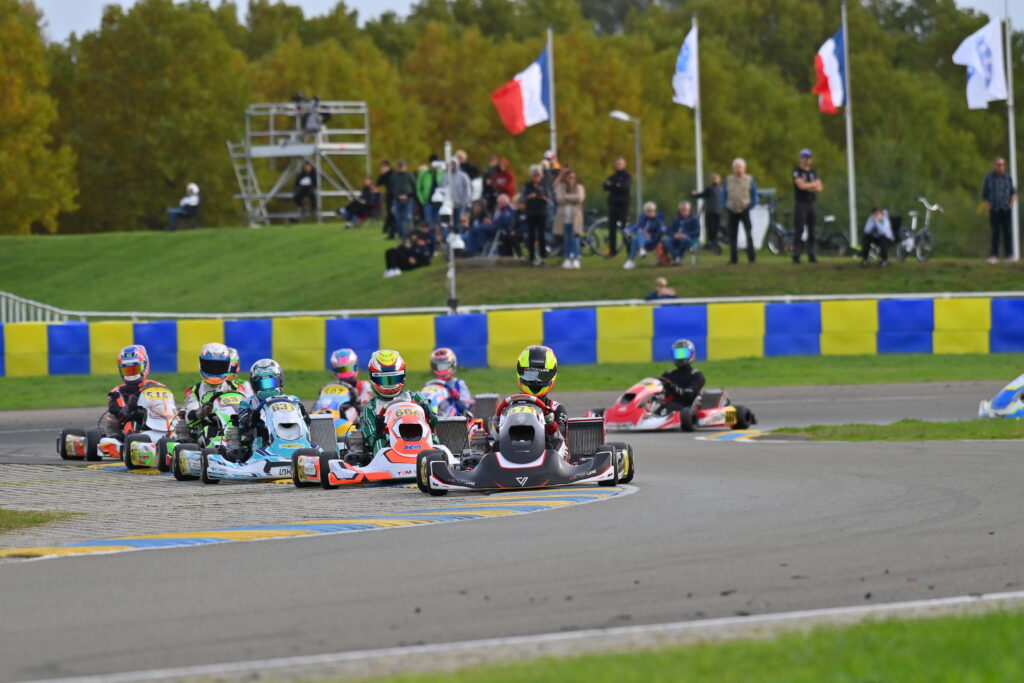 Two new drivers, Ethan Pharamond (FRA) and Andy Ratel (FRA), were added to the list of those who won at least one qualifying heat, bringing to 14 the number of winners in two and a half days of fast-paced racing. At the top of the order, Frenchman Arthur Poulain is just ahead of Israeli Ariel Elkin and Italian Danny Carenini. These three Warriors will each start from pole position, respectively in the A, B and C pre-finals. The top 12 in these three races will qualify for the final. For the moment, only the first 108 of the intermediate ranking have obtained their ticket for the pre-finals, which will be extremely competitive. 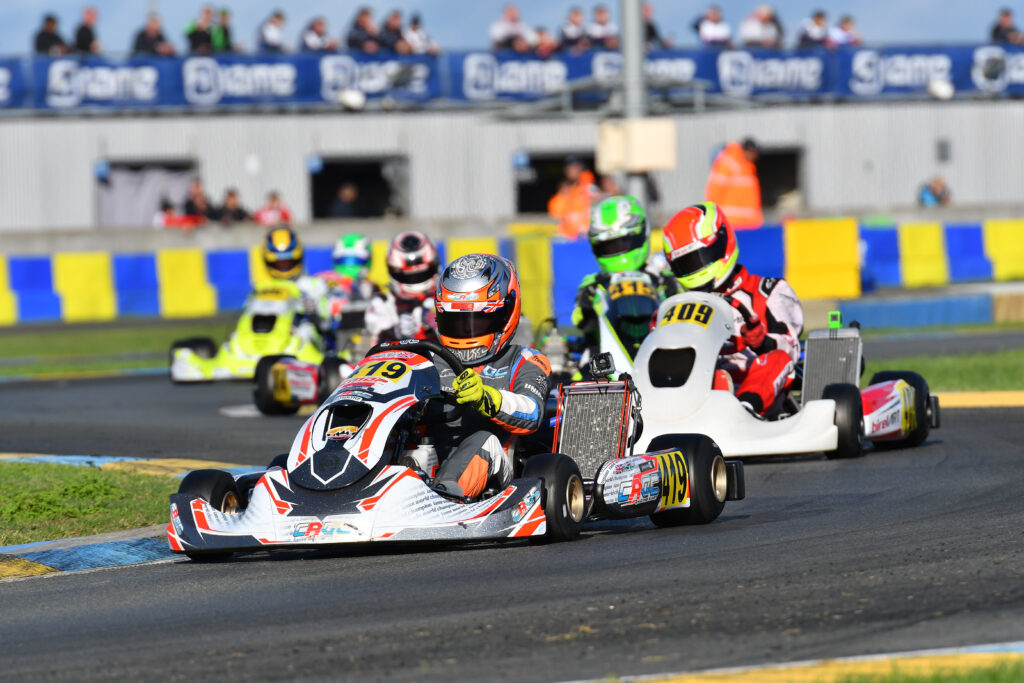 Of the 137 drivers entered, 72 won the opportunity to continue the race on Sunday. They are split into two separate pre-finals, at the end of which the top 18 in each race will qualify for the final. So the pressure remains on these drivers. However, even the first ones will not have the right to make a mistake, at the risk of saying goodbye to the final. For the moment, everything is going well for three British drivers, who have been winning or finishing in the top-3 in the heats. Gabriel Stilp secured 1st place ahead of Fionn McLaughlin and Macauley Bishop. Bishop was the best performer with 5 wins in seven heats, compared to 4 wins each for Stilp and McLaughlin.

Frenchman Pacôme Weisenburger added two wins to his tally, which allowed him to regain 11 places compared to his ranking of the previous day. However, in the intermediate rankings, he is now 7th, ahead of Aaron Garcia Lopez (ESP), Cathal Clark (GBR) and Leo Robinson (DZA). All three of these drivers managed to win a heat on Saturday, as did Morgan Moore (IRL), who appears in 15th place in the intermediate ranking. Maxens Verbrugge (FRA), Jack Nettleship (GBR) and Lewis Bird (GBR) climbed back into the top ten, just ahead of the two best drivers of the qualifying pratice, Sacha Van’t Pad Bosch (NLD) and Jules Caranta (FRA).

Live streaming will be active between Sunday at iwf.iamekarting.com. All results and relevant information can be found on the same website or the IWF22 mobile app which is available for both Android and iOS.

Full results are available at: https://iwf.iamekarting.com/timing/results.html