The qualifying heats are in full swing on the Le Mans international circuit! From Thursday to Friday evening, 36 races have already taken place in the X30 Senior and X30 Junior categories. At this stage, the Warriors are extremely numerous to have distinguished themselves, but all know that there is still a long way to go, with another 28 heats scheduled during the day on Saturday, 22 October. Late on Thursday, the rain tyres appeared on the karts after a heavy downpour and the track remained wet for the first heats on Friday. The intensity of the races was stepped up a notch with the return of slick tyres late on Friday morning. The day ended with the much awaited parade of the drivers, who marched behind the flag of their nation for a colourful ceremony! This IWF 2022 still holds many surprises. 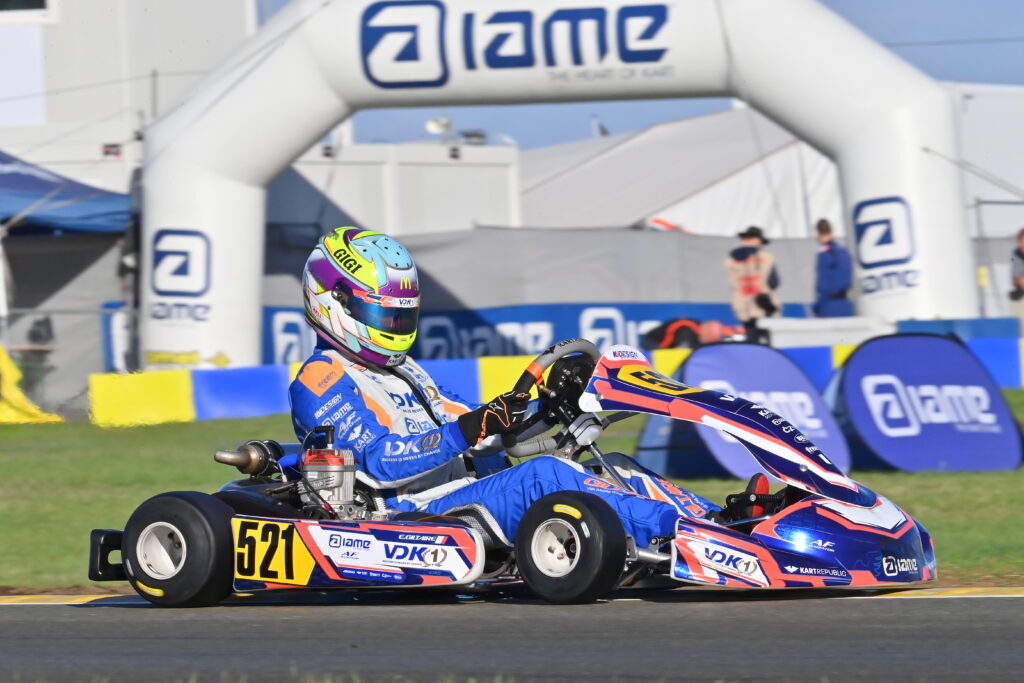 After the pole position achieved by Evan Giltaire (FRA), many drivers took the lead during the first part of the qualifying heats. In the provisional intermediate ranking, Danny Carenini (ITA) is leading ahead of Arthur Poulain (FRA). Both drivers have won three times each. But they are part of the series that has only run four heats, while other drivers have already run five. Ariel Elkin (ISR), Yani Stevenheydens (BEL), Giovanni Trentin (ITA) and Henkie Kalteren (NLD) won two. Other winners were Emil Tanggard (DNK), Caden McQueen (GBR), Evan Giltaire (FRA), Ruben Moya (ESP), Reggie Duhy (GBR) and Louie Westover (GBR).

Consistency also pays off, with Andy Ratel (FRA) finishing provisionally in 6th place, having finished all five heats in the top-4. Arnaud Malizia (FRA), Sam Shaw (GBR), Enzo Leveque (FRA), Bart Ploeg (NLD, +39 positions), Paul Alberto (FRA) and Edoardo Ludovico Villa (ITA) are also doing well at the moment. Among the best progressions, we can note those of Elie Goldstein (+69), Harry Platten (+71), Lewis Mackie (+75), Benjamin Hovelacque (+99), Sam Balota (+78) or Callum Bradshaw (+77)! On the contrary, Giovanni Trentin fell in two heats, Eemil Karjailainen plunged in the hierarchy, while Ethan Pharamond also lacked success. But all this is provisional and a lot can still happen. 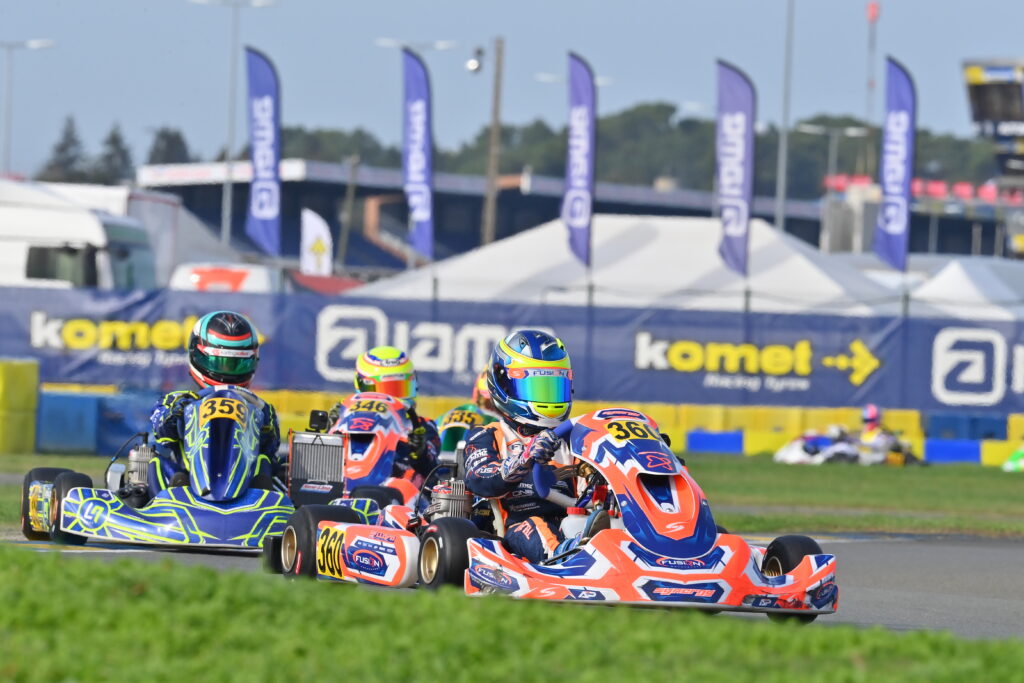 Four drivers won 10 of the 16 heats between Thursday afternoon and Friday evening. And they are all British! With three wins each, Fionn McLaughlin and Macauley Bishop are the leaders of the provisional ranking, ahead of Gabriel Stilp and Cathal Clark, both winners on two occasions. French Pacôme Weisenburger also has two wins, but he also crashed in one heat. Two other Frenchmen managed to win a heat, named Jules Caranta and Adam Rahali. The British Sebastian Minns and Hady Mimassi complete the clan of drivers who have won at least once.

Some of them know that it is imperative to finish all their heats at the front of the field and to limit the number of stumbles, in order to be able to start at the front in the pre-final on Sunday. For the moment, Aaron Garcia-Lopez (ESP), Maxens Verbrugge (FRA), Leo Robinson (DZA), Lewis Bird (GBR) and Brandon Carr (FRA) have made it into the provisional top 10.

The final heats on Saturday (16 in X30 Senior and 12 in X30 Junior) will certainly be closely watched.

Full results are available at here.