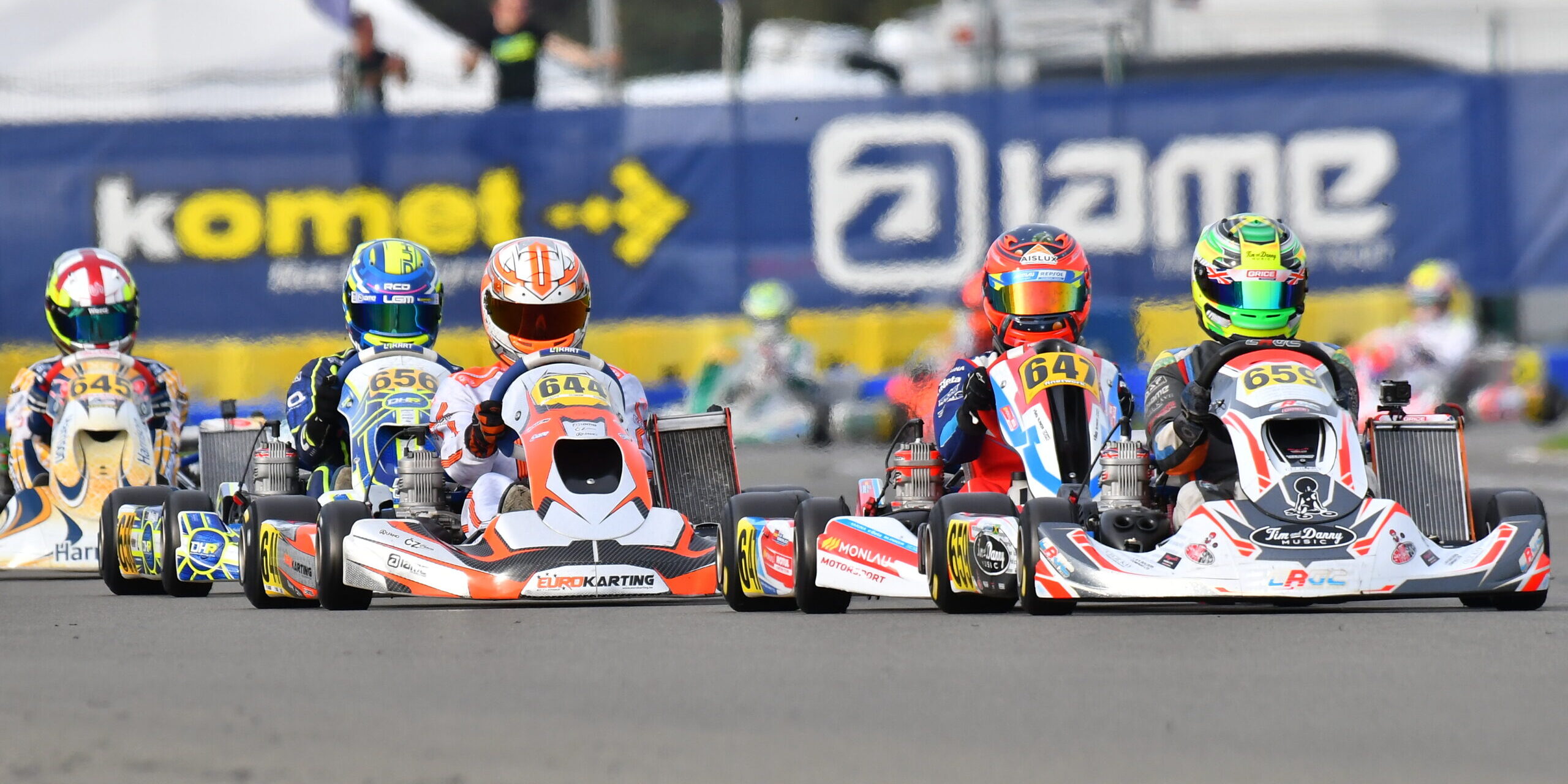 A magnificent field of nearly 300 drivers (158 in X30 Senior and 137 in X30 Junior) is preparing to compete for two of the most coveted international titles of the season at the IWF22 held at Le Mans. The qualifying practice sessions defined a first hierarchy with French Evan Giltaire (Senior) and Dutch Sacha Van’t Pad Bosch (Junior) on pole position on a perfectly dry track and a very pleasant temperature.

The qualifying heats started on a sustained rhythm after the qualifying sessions with the weather conditions starting to turn to rain at certain times. There were 8 heats on Thursday, but there will be 56 heats left on Friday and Saturday before the highly anticipated finals on Sunday.

X30 Senior: A trio of French drivers led by Giltaire 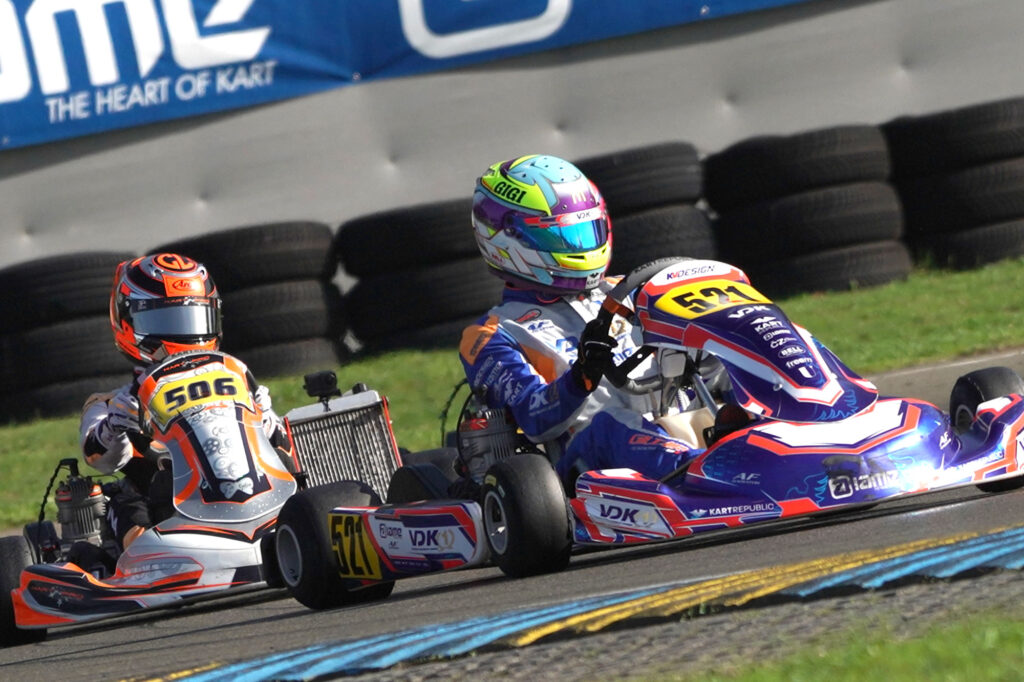 The organisers had to split the Senior Warriors into five groups due to the high number of entries. In total, no less than 120 drivers were within a second, with sometimes twenty of them in the same tenth!

In group 2, Evan Giltaire set the best time of 53.419. No one managed to improve on this performance afterwards. At home, the French drivers shone, taking the first place in three other groups: Arthur Poulain (53.767) in group 1, Arnaud Malizia (53.574) in group 3 and Matis Barbe (53.558) in group 4. Finally in the last qualifying session Italian Danny Crenini was fastest with a lap time of 53.588 seconds. Carenini is also the reigning IWF champion.

While many Warriors were happy to be at the top of each group, not all were so successful. The short qualifying sessions provided loads of action for spectators and many didn’t manage to get a clear lap. For example, the last two winners of the IAME Euro Series, the British Callum Bradshaw and the Belgian Elie Goldstein, who plunged to 143rd and 93rd positions respectively. 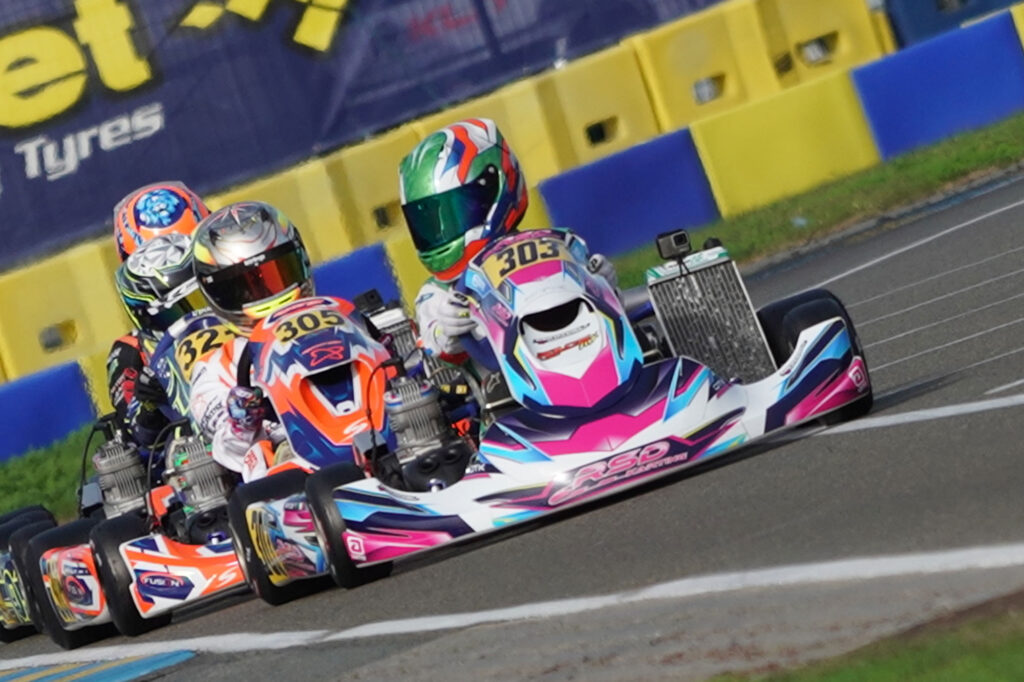 The sun was shining as the first of the four groups set off for a very important qualifying session. Belgian Mattiz Meerschaut set the fastest time in group 1 with a time of 55.350 and was reassured by the slightly slower time in group 2. However, Pacôme Weisenburger was satisfied with his time of 55.417, which was better than his opponents in this group. A few minutes later, Sacha Van’t Pad Bosch from the Netherlands did the perfect lap of 55.230 seconds in group 3.

Despite all his efforts and a magnificent time of 55.316 in group 4, Jules Caranta left the pole position to Van’t Pad Bosch, while finishing 2nd overall in the qualifying. As in the X30 Senior, the gaps between the drivers remained extremely tight and strategy played an important role, as it was essential to position oneself well in the traffic to avoid being hindered.