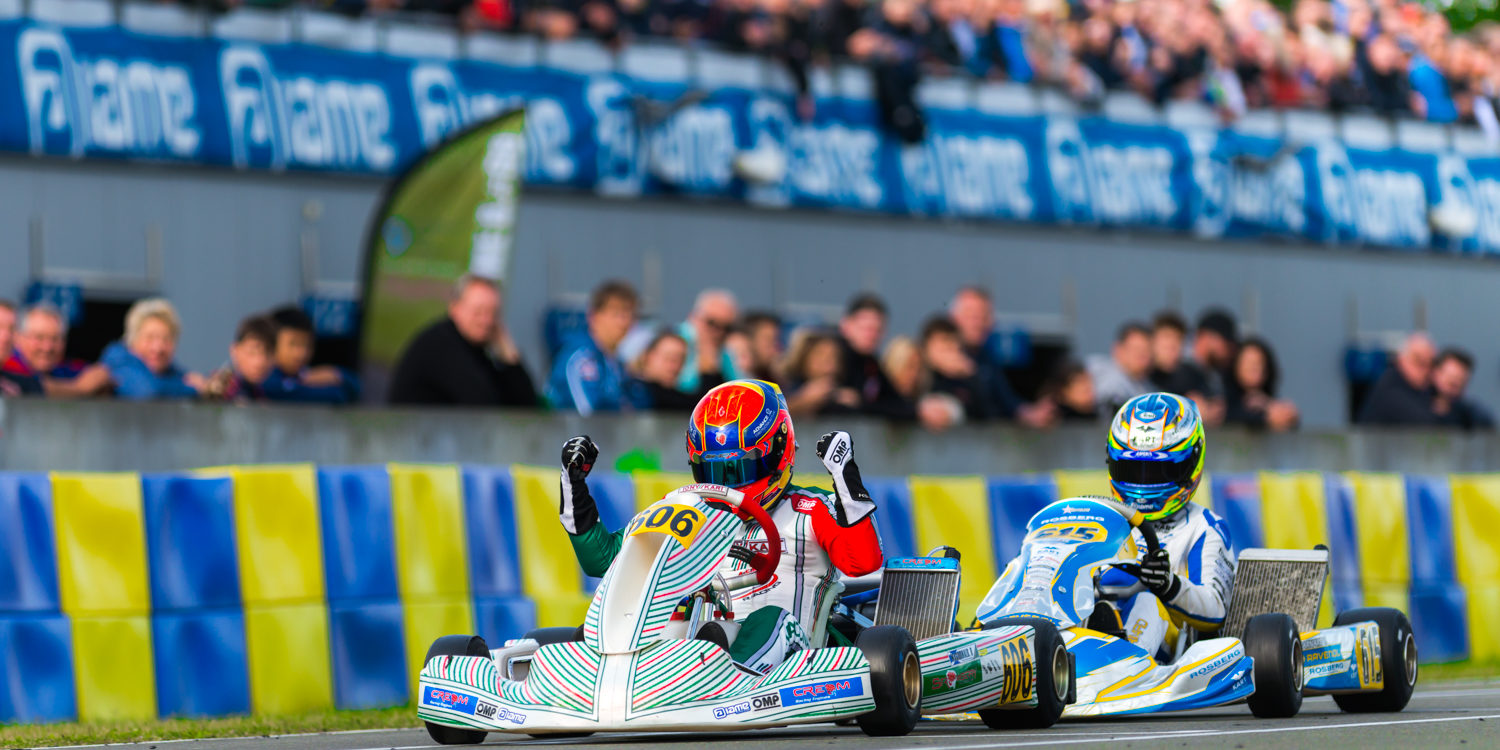 The Pro class was a new concept for 2019 and the final alone proved it was a huge success. Featuring a huge number of some of the World’s best all in one grid meant one bad result in the heats didn’t put you completely out of contention. Dean MacDonald (GBR) is someone who can certainly vouch for that, having started his first head facing the wrong way he came back in style to take an impressive win. 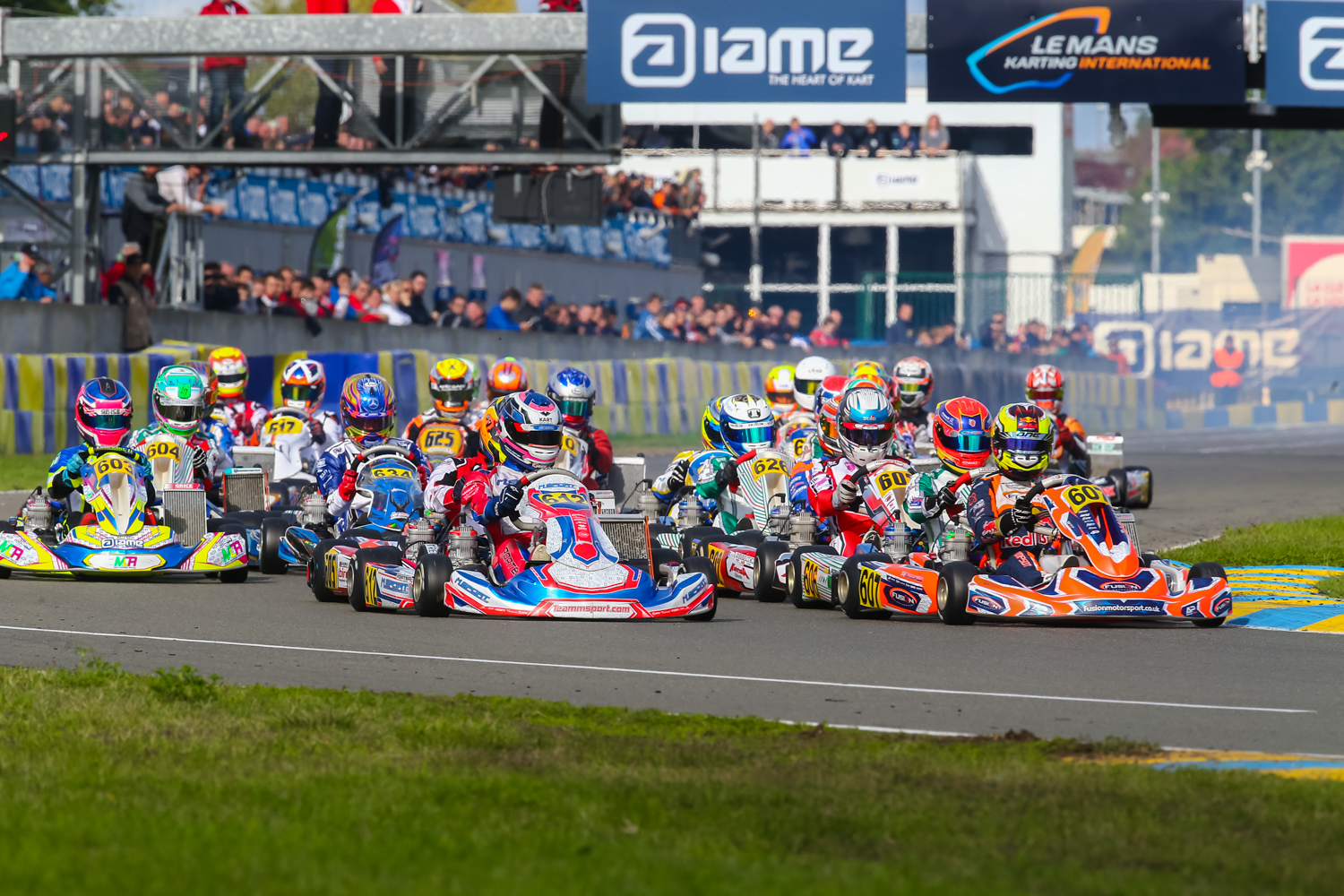 It was a win that had been the result of a fantastic drive all weekend. He took pole position in a close run qualifying session and after a first heat he’d rather forget, he made only happy memories from there on in. Two heat wins on Thursday further consolidated him as a contender for the title and to qualify third overall was impressive considering the circumstances.

For someone more focused on racing in Cars these days, MacDonald looks like he’s never been away at all. His speed impressive, his race craft intelligent and his attitude that of an International Champion. But this was no one man show and with big names including the reigning World Champion, Lorenzo Travisanutto (ITA), Danny Keirle (GBR), Taylor Barnard (GBR), Callum Bradshaw (GBR), Harry Thompson (GBR), Juho Valtanen (FIN), Franck Chappard (FRA) and many more was enough to have the crowds excited for the start.

Thompson dominated the Pre Final and would therefore start from pole position. The Red Bull Junior driver knows how to win in Le Mans and did his best to make a break as he went in search of another. MacDonald and Valtanen kept him honest in the opening stages. Valtanen looked quick early on and passed MacDonald for second, with Thompson seemingly struggling we soon had six for the lead with Chappard, Keirle and Bradshaw now involved. 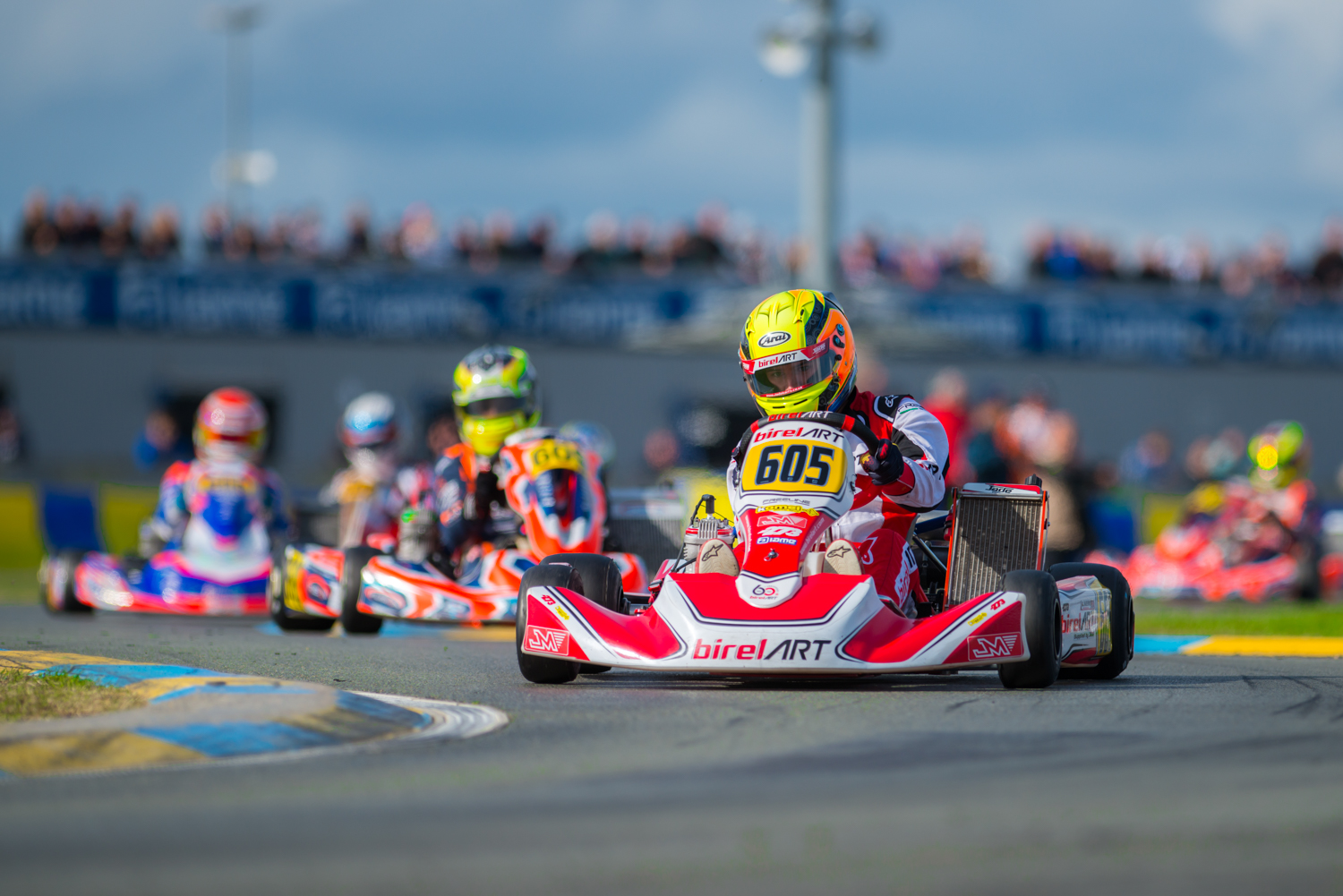 Lap five would see the start of a race that ended early for Thompson with Valtanen going through into the lead. After fighting his way back into second MacDonald was soon fighting for the lead again and hit the front on lap six. Valtanen was then swallowed up by the pack behind starting with Keirle and Bradshaw.

Whilst MacDonald increased his lead out front, further back Travisanutto and Barnard were coming through the field fast! One by one Barnard picked off the leaders starting Thompson before passing Chappard, Bradshaw and Keirle. Now 1.6 seconds behind MacDonald it seemed an almost impossible task to close him down.

But Barnard quickly began turning heads bringing the gap down to under one second in just three laps! With two laps to go the chase had been completed, but passing MacDonald would be no easy task. The latter did not give Barnard the attention or the sign he was particularly worried and was just able to hold on to clinch victory!

It was a fantastic win for MacDonald he dealt with the pressure extremely well and would have won the race either way with Barnard receiving a front fairing penalty. That meant Keirle inherited third with Travisanutto ending a difficult weekend on the podium.