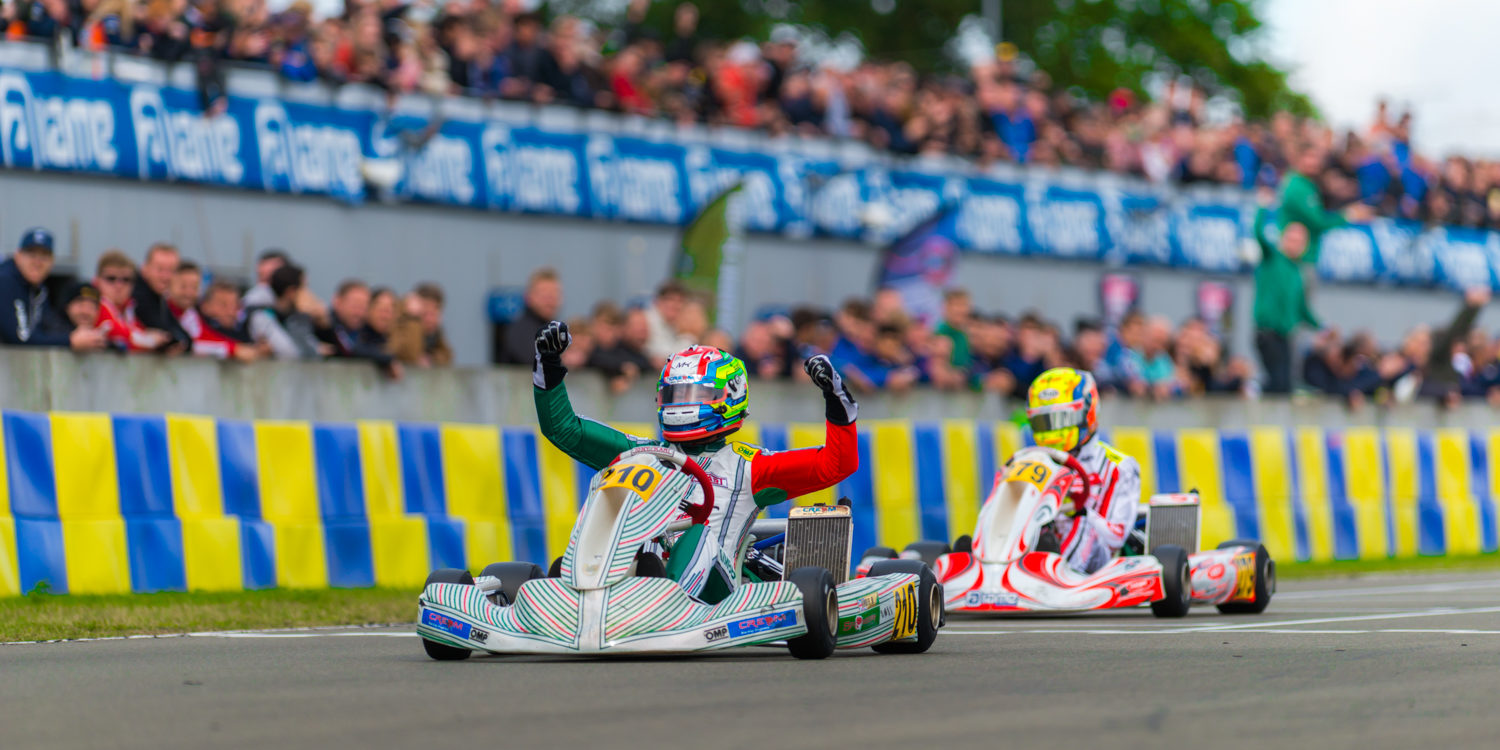 As ever the Senior class did not fail to disappoint when it came to drama. A fantastic contest would eventually see Mark Kimber (GBR) come out on top, but it was a race that took several twists and turns along the way. After the Pre Final an exciting front row was formed in the shape of Ben Barnicoat (GBR) and Joey van Splunteren (NED) but they would be far from the only two drivers who would play a part in this race.

After escaping at the start it looked like we were in for a two horse race, van Splunteren took the lead on lap three at the end of the back straight before Barnicoat fought back with a move at turn one on lap nine aware of the threat from Rimmo Kadapik (EST), Kimber and Robin Sario (FIN) behind. There would be big drama on lap twelve, going into the penultimate corner van Splunteren went down the inside of Barnicoat who stayed on the outside to try and give himself the inside for the left hander. But there would be contact between the pair as Barnicoat hit the kerb tipping him into a spin. 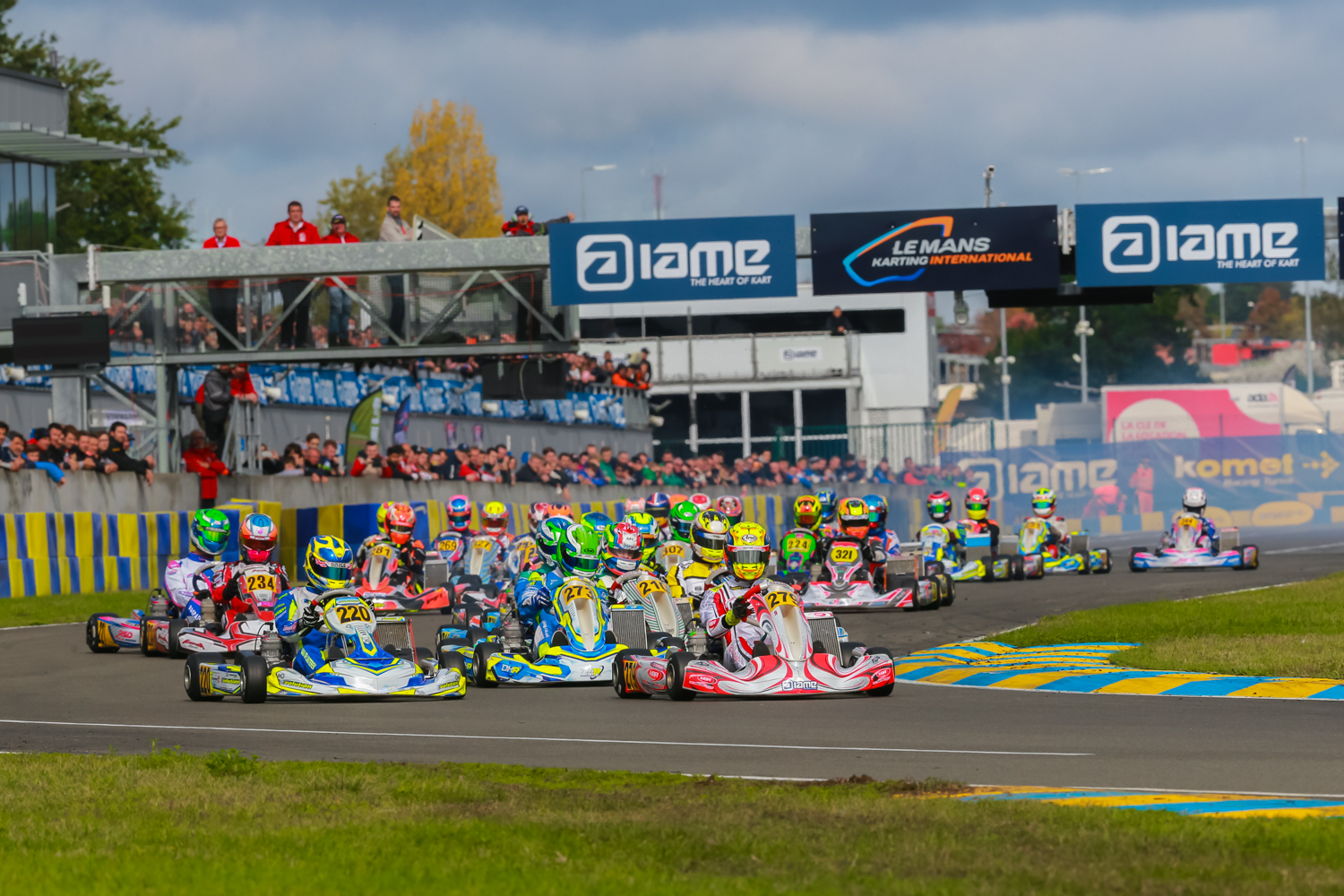 It dropped Barnicoat to fourteenth place with Kadapik taking up the reigns out front. Kimber now lay in second after quickly passing Sario dropping him to third. Van Splunteren still lay in fourth place at this stage and up ahead on lap sixteen Kimber hit the front. With five laps to go Kadapik was eager to work with Kimber, but the Brit was taking no chances and began defending his lead almost immediately.

Unsurprisingly this expanded the lead group very quickly with Yann Bouvier (FRA), Siim Leedmaa (EST), Thomas Turner (GBR) and Romain Leroux (FRA) making it an eight-way scrap for the win. But that number would increase all the time and a congested field eventually led to Xavier Handsaeme (BEL) going up and over, thankfully walking away.

The incident split up the leaders with van Splunteren putting in some fast overtakes to get into second. With two laps to go van Splunteren appeared to make contact with Kimber at turn one seeing him inherit the lead. As the Dutch driver got on the defensive once again the lead group grew in numbers, amongst them Barnicoat who had somehow got himself into fourth going onto the final lap. 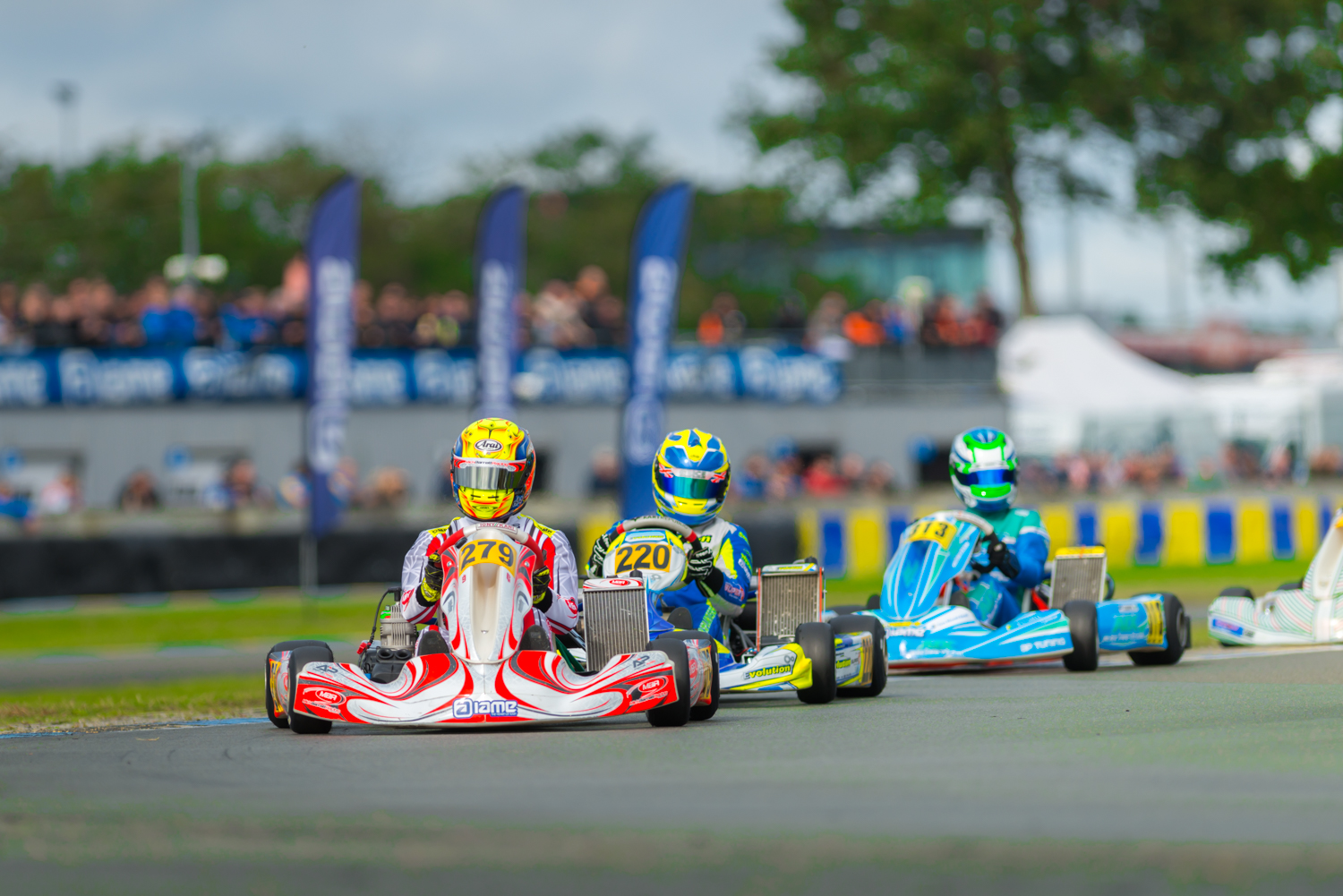 Kimber retook the lead where he lost it managing to create a gap on the inside of the first corner. Just a few turns later and there was heartbreak for Kadapik who had to take to the grass ultimately ending his race. A shame for the Estonian who had put in a fantastic performance! Kadapik’s race had began to end after he lost third to Barnicoat who now just had half a lap to try and gain two places.

The Brit would squeeze passed van Splunteren who ran wide after some contact and would eventually finish ninth. But out front it was Kimber who took the victory in a hard fought race! His tactics to defend early did not go down well with all the viewers, but it was his move on the last lap which ultimately won him the race.

Barnicoat reached second a lap too late, but can be proud of his efforts having missed three days of practice and Leedmaa once again had an impressive run with another top ten finish at the finals, albeit on the podium this time around. A chaotic race to say the least but one that lived up to the high reputation that Senior has set for itself in recent years. 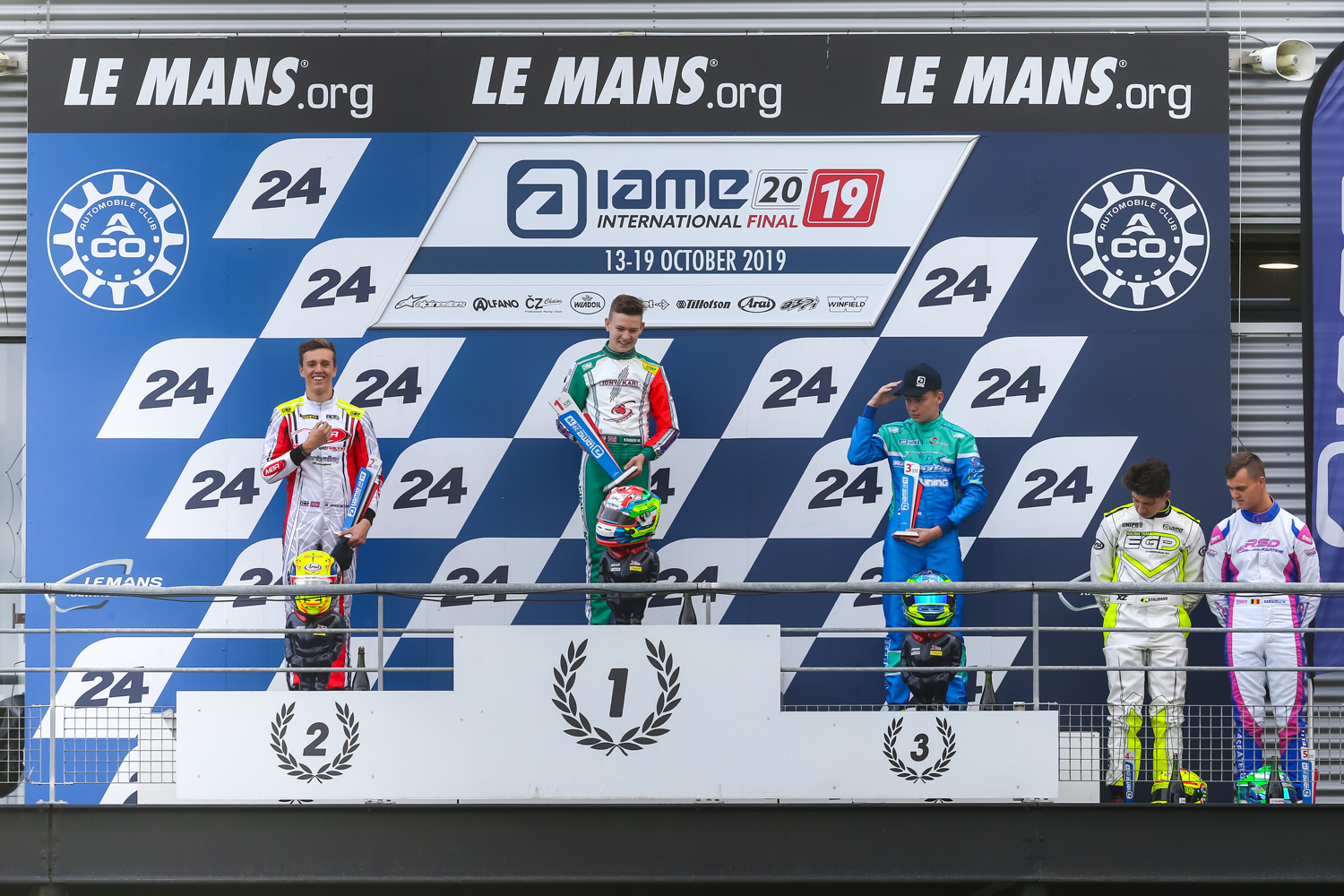