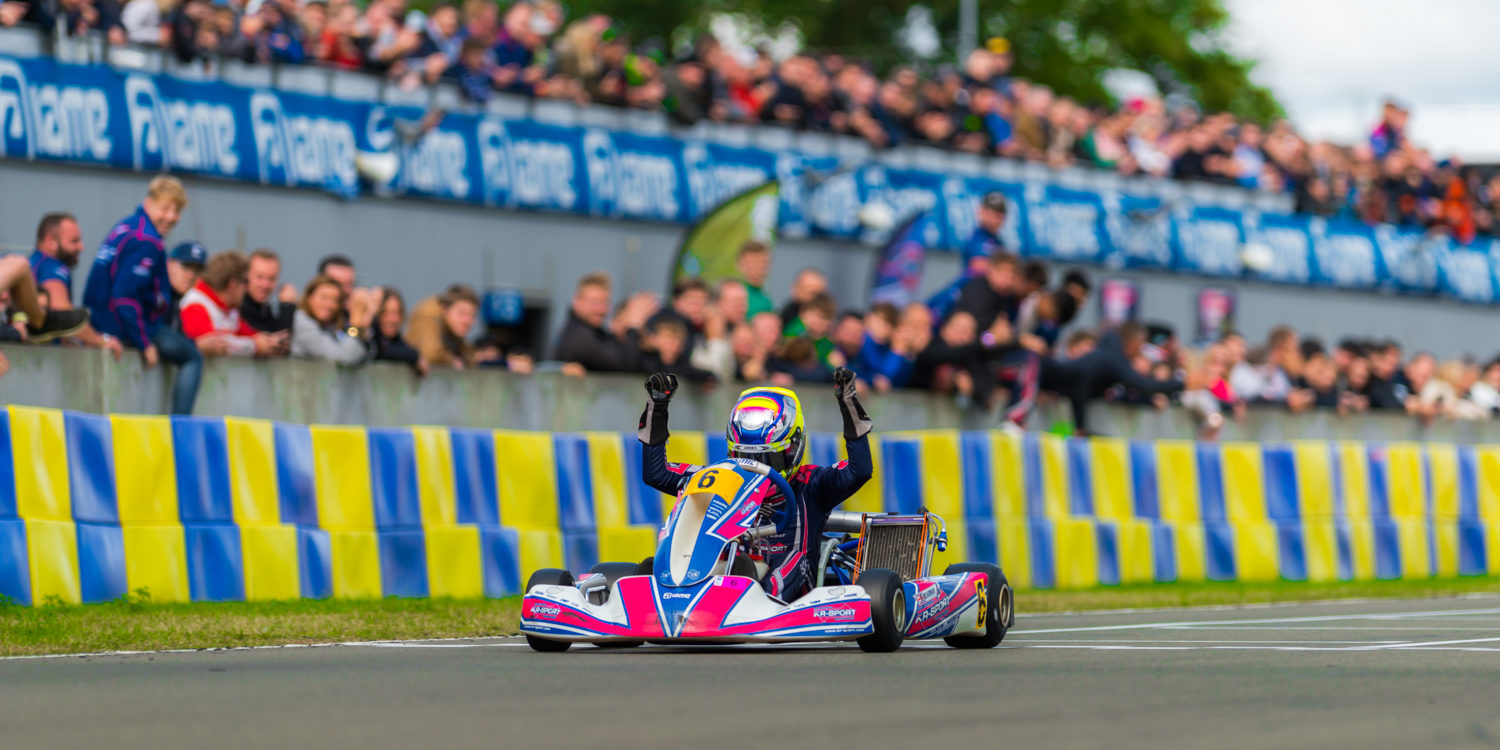 It was a last lap which showed the two completely emotions some may go through in this sport. Oliver Bearman (GBR) looked almost down and out at one stage as he fought to try and stay in the top ten, but kept his head down and was rewarded for his efforts with a win on the final lap. As for Oliver Gray (GBR), he did everything right in the race and pretty much had it in the bag before a mechanical problem with his engine saw him slow up on the final lap coming out of the first corner and he was visibly devastated as he was left at the side of track whilst Bearman celebrated his IAME International Final win. 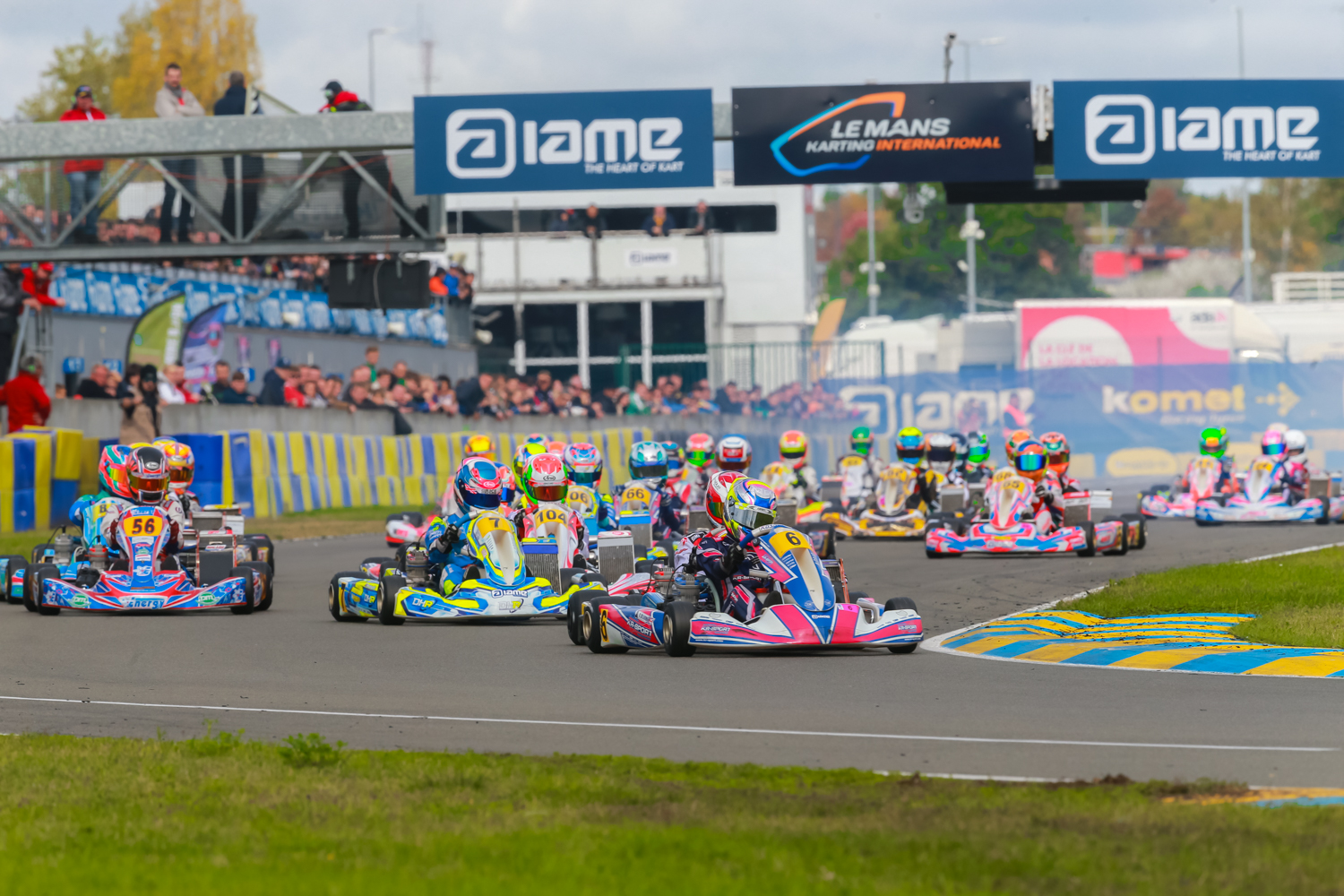 The afore mentioned would be the two to start on the front row for the final and were quickly joined by Oliver Greenall (GBR) who muscled his way passed James Wharton (AUS) on the opening lap. Josh Rowledge (GBR) was also included in a lead five that broke away from the rest of the field in the early stages despite swapping positions on several occasions. That battling eventually saw the lead group extend to seven with Robert de Haan (NED) and Ken Oskar Algre (EST) sensibly working together to reduce the gap.

By the halfway stage the battling had become even more intense with everyone desperate to do the leading, it seemed it was now a case of pass or be passed which made for an exciting contest. Bearman felt the full force of the above, being passed by Gray and Rowledge into turn one which set off a chain reaction and eventually saw him drop down the top ten after a desperate attempt to pass Greenall at the banking ended with contact.

The incident gave Rowledge and Gray a gap with Rowledge now leading for the first time, behind de Haan led the chasing pack and was going to have a tough task convincing anyone to work with him. But Algre seemed happy to do so and it allowed them to escape from the pack behind with contact at the banking seeing Bearman promoted to a comfortable sixth. 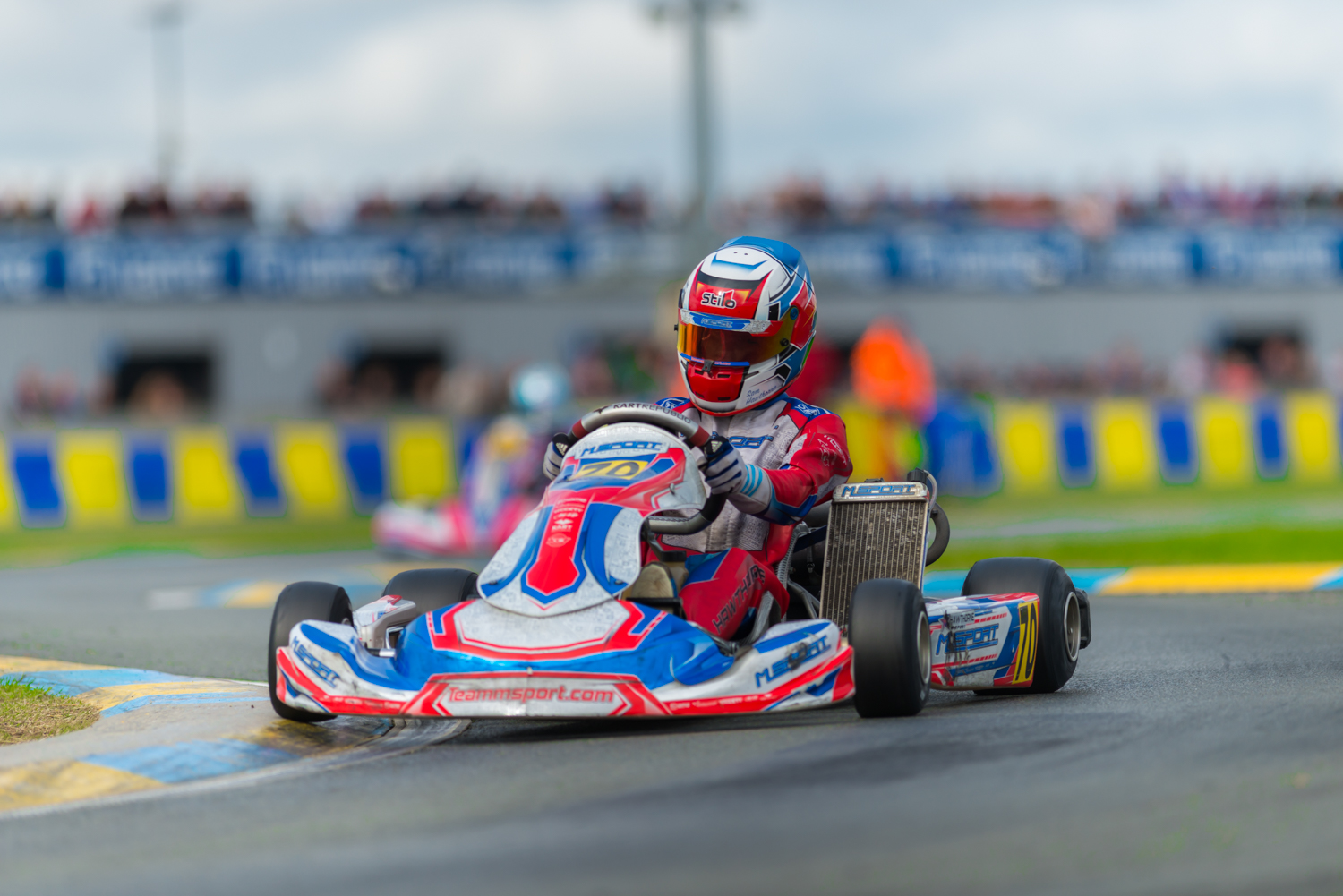 At the front with five to go Gray began to defend from Rowledge despite the Brit not making any attempts to pass. This was all good news for de Haan and Algre who made it a four-way battle for the lead with just two laps to go with Algre third through the final corner with a hard move!

Algre did similar down at the banking passing Rowledge which gave Gray a gap going onto the final lap. Half a second ahead Gray looked to have it all to lose and in devastating circumstances he would come to a halt at turn two after slowing up with a terminal engine problem on the exit of turn one. His sudden decrease of speed had caught Algre out and after a coming together between Rowledge and de Haan just a few corners earlier it would be Beaman who drove through to take the lead.

As Gray pulled his kart off the circuit it was hard to watch with Gray clearly emotional. He had one hand on the title only for it to be cruelly taken away from him through no fault of his own. Algre likewise had his podium taken away, but their loss was Bearman’s gain and it seemed it was almost meant to be as he crossed the line to add the International Final to his Euro Series title. A brilliant recovery considering where he was at one stage and it was his never give up attitude that ultimately won him the race at the end. De Haan finished a deserved second with Greenall third after Rowledge would pick up a three second penalty for leaving the corridor at the start of the race. 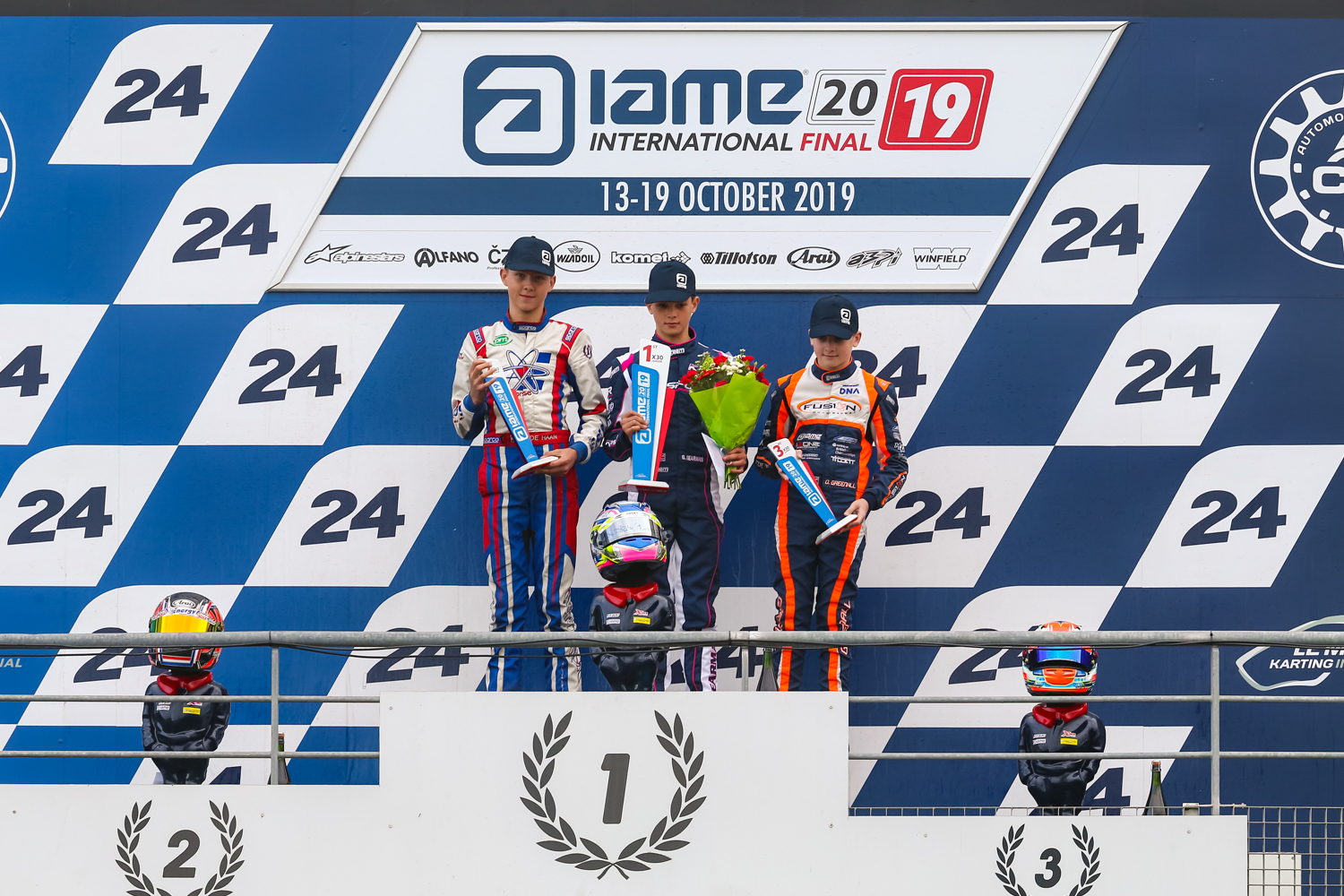