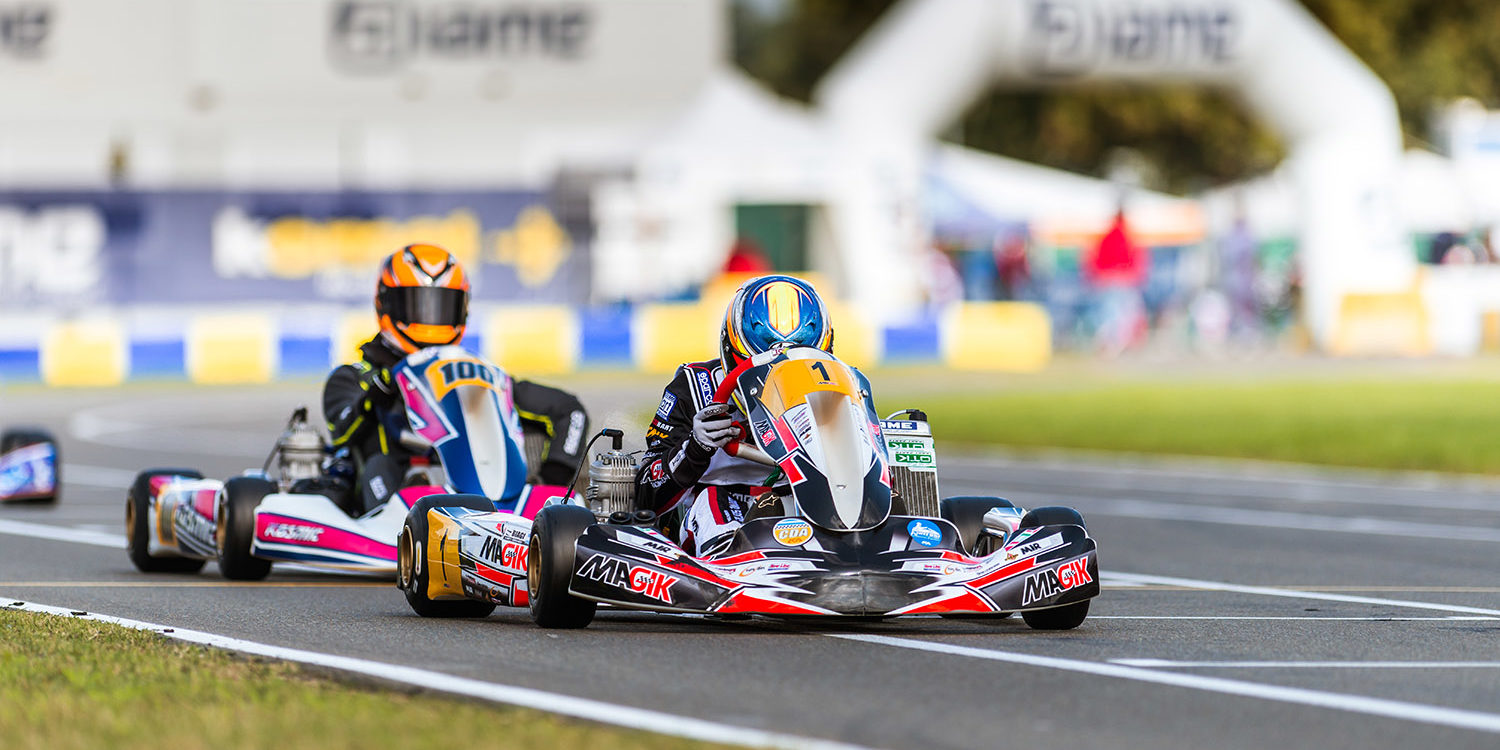 The first qualifying sessions have now been completed in Le Mans, France, with the Minime (FFSA) / Cadet (UK), X30 Mini, X30 Junior and X30 Master all taking to the track this morning in mixed conditions. 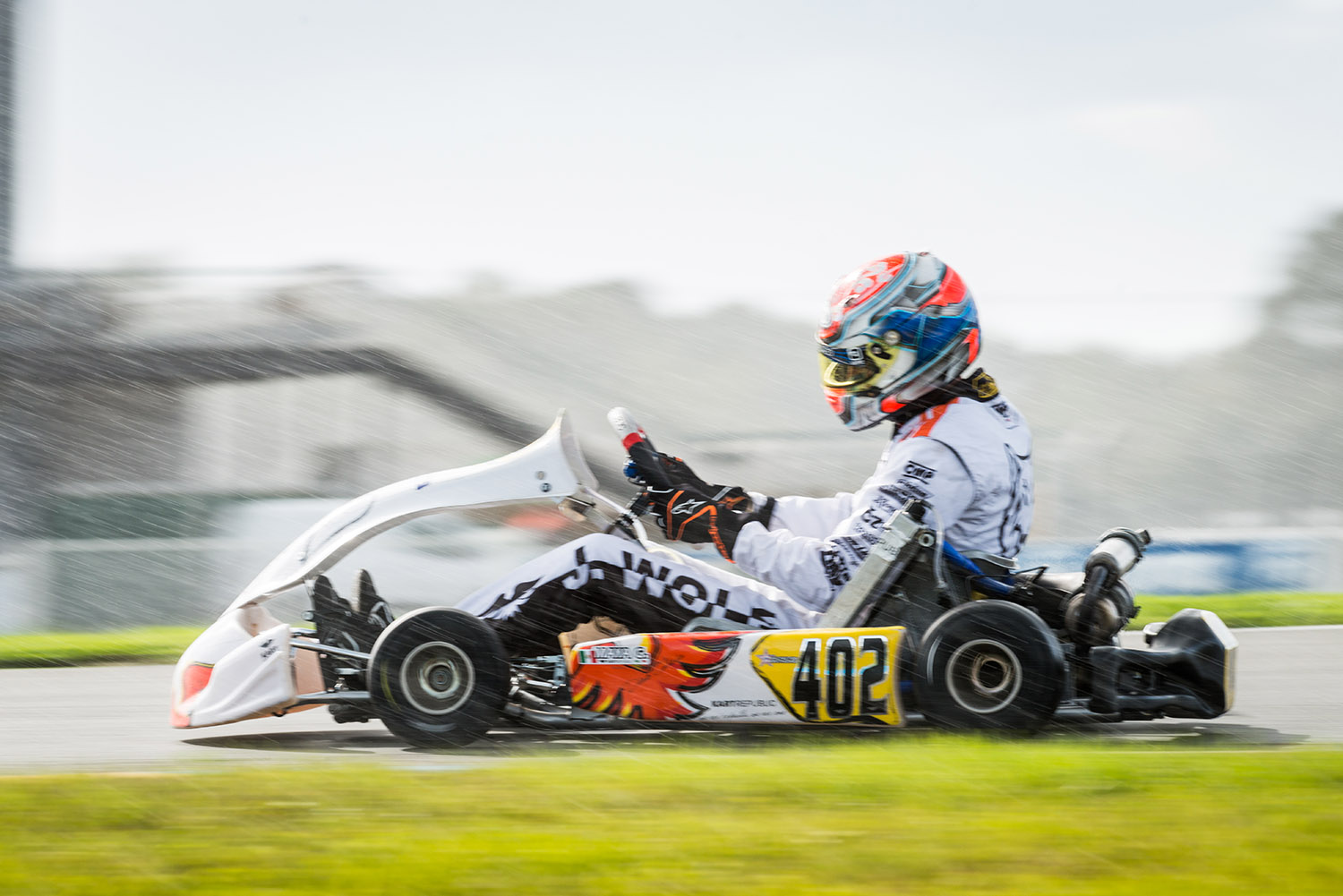 Jerry Wolf (MEX) fights through the rain in Qualifying

Fresh from his British Championship victory, Oliver Gray (GBR) made himself one to watch after an impressive Euro Series campaign. The first session proved that timing and track position was as crucial as ever with drivers constantly searching for space and a target to aim for. Gray placed himself perfectly setting a 55.814 second lap with Patrick Enok (EST) and Oliver Greenall (GBR) his closest challengers to put themselves in the top ten overall.

Marcus Luzio (GBR) would fall just 0.022 seconds behind as he would top the times in group two with Tasanpol Intraphuvasak (THA) and Casper Jansson (SWE) both setting themselves up nice for the heats also setting a 55.8 second time to finish fourth and fifth. The third and final group would see many struggle to get near the 55 second mark, but one driver who did set a sub 56 second lap was Peadar O’Boyle (IRL). The Irishman has burst onto the scene at the event finishing two tenths ahead of anyone else in his group leaving him just outside of the top ten. 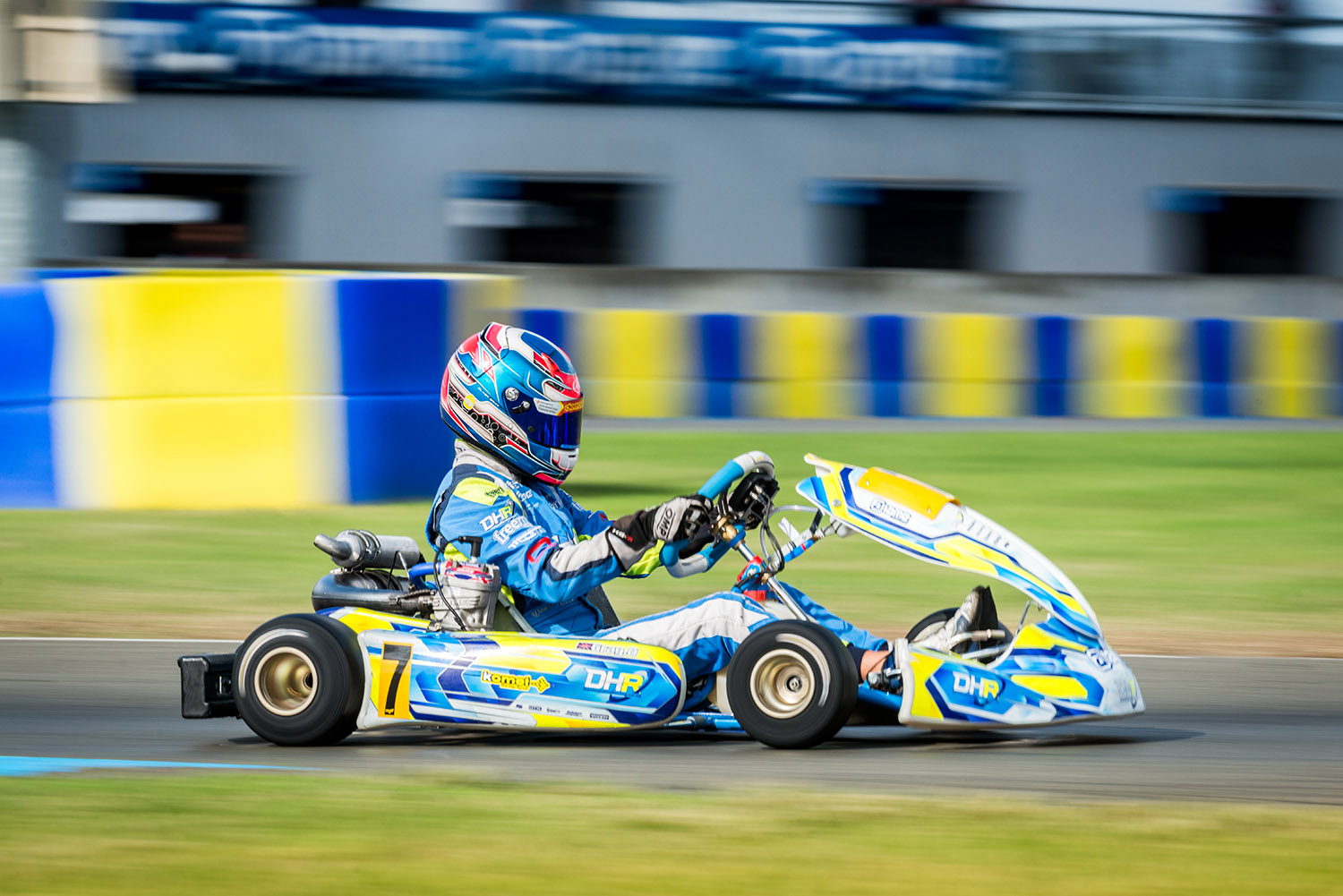 Oliver Gray was fastest of the 108 Junior drivers

Johan Renaux (FRA) was able to found pace where others weren’t in the second group of the X30 Master. The driver fifth in last years’ event was six tenths faster than anyone in a session affected by rain. Overall he was two tenths quicker than fellow countryman Julien Poncelet (FRA), who is looking to bounce back after a disappointing result last year. Eric Chapon (FRA) makes it three French drivers in the top five with Belgium’s Sebastian Bielande (BEL) and Fabio Kieltika (BEL) taking the other two spots. Renaux’s performance was made more impressive with his time good enough to challenge for tenth in group in the Senior category, despite managing just two flying laps before the rain started to fall. 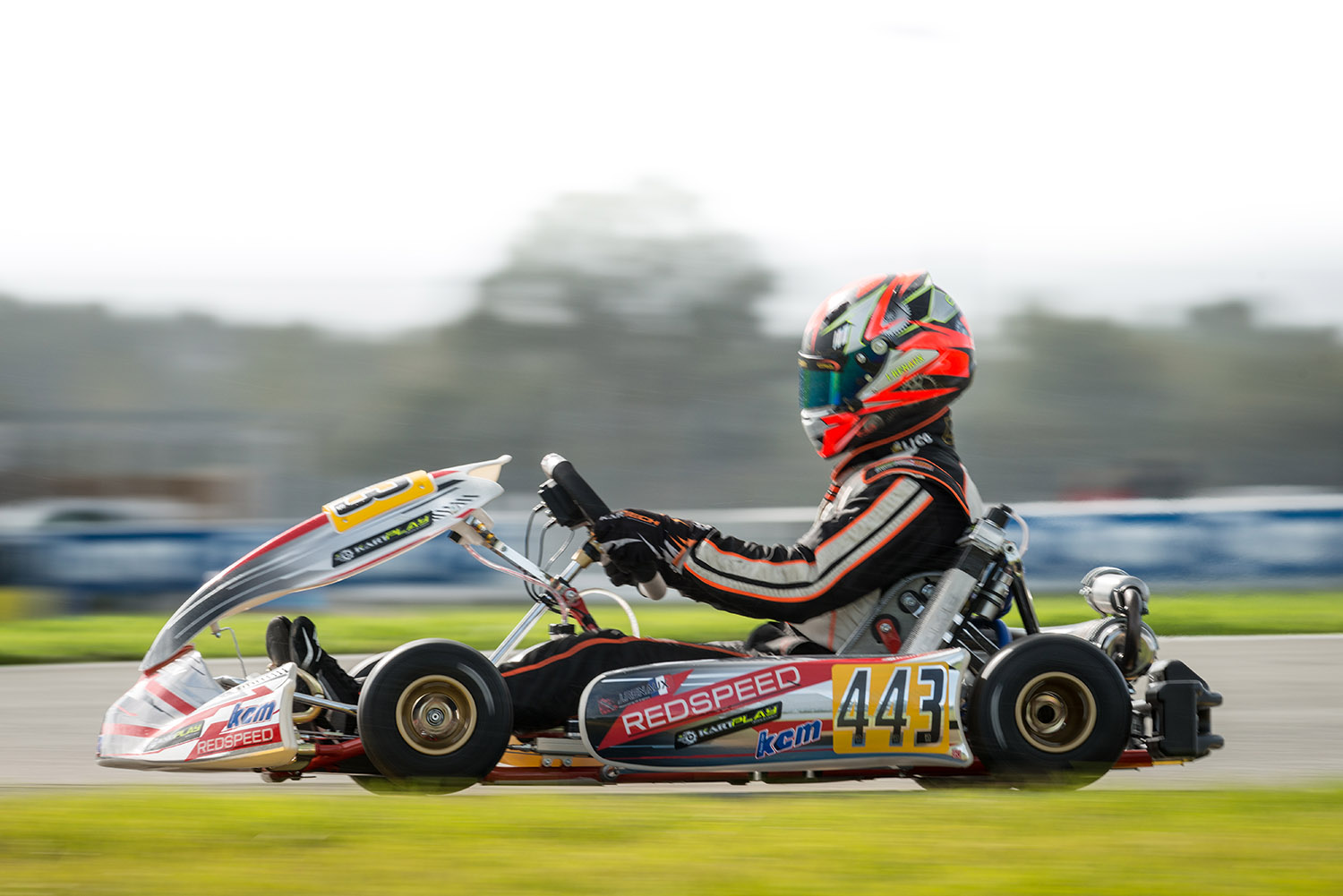 Alex O’Grady (IRL) would go fastest in the new Minime/Cadet class with tricky conditions making it a challenge for the youngest of our warriors. In a field largely made of up Irish, French and British drivers, it would be those three nations represented in the top three with Hugo Martiniello (FRA) and Zach Knight (GBR) both putting in strong performances. Racing only on slick tyres the conditions could make it a tough week for the warriors with some of the worst weather predicted for the finals on Saturday.

Max Garcia (USA) and Christian Miles (USA) are looking to keep the Mini title in the States after Brent Crews took victory in 2018. The American duo were first and third respectively, despite being two tenths apart. Sebastiano Pavan (ITA) was the only real challenger for Garcia and fell short of pole position by just 0.003 seconds! Monza Triziano (SGP) headed up the second group to take fourth overall and was joined on track by the reigning Vice Champion, Freddie Slater (GBR), who has got his campaign off to a decent start with eighth overall. 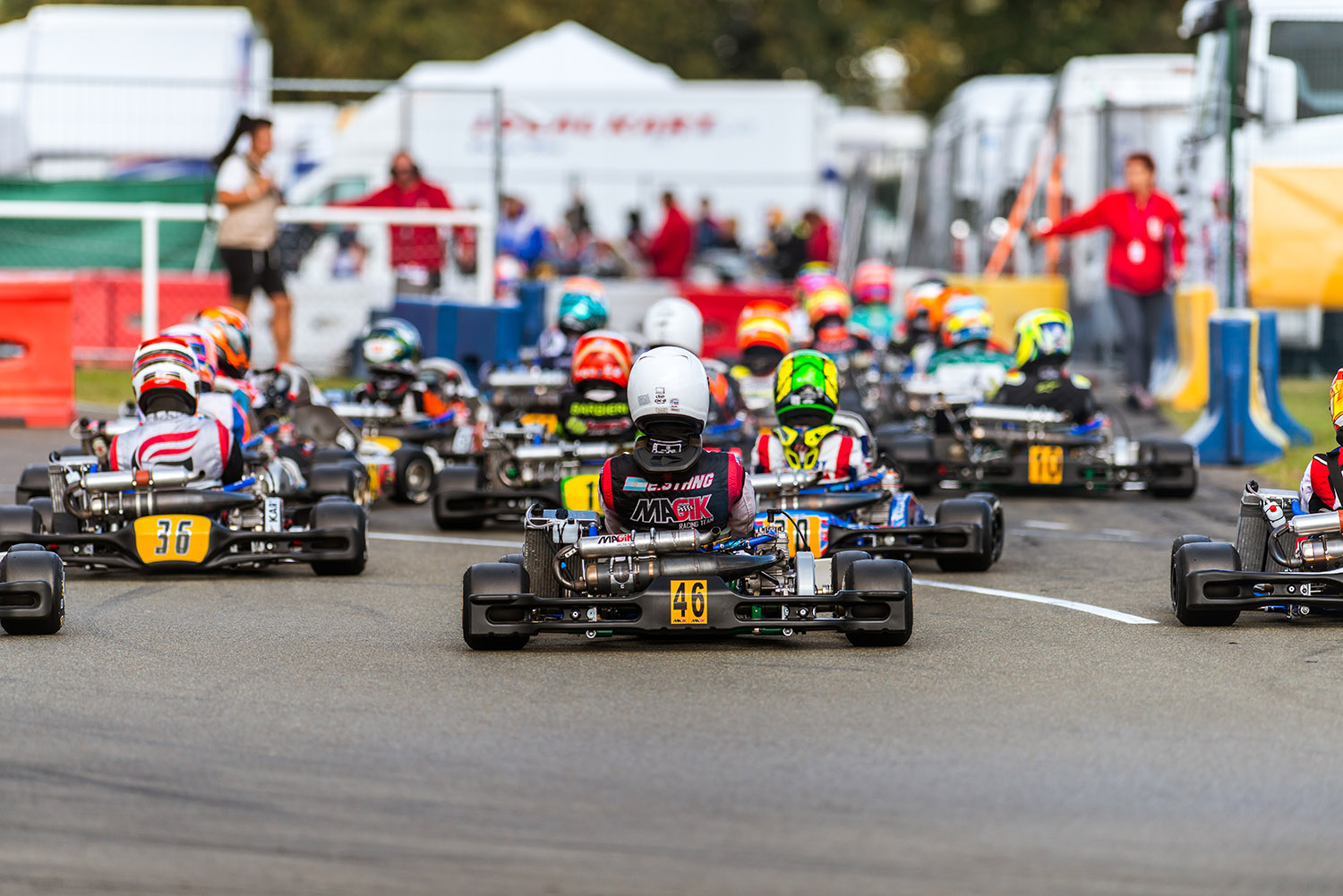 As ever there were mixed emotions at the end of qualifying