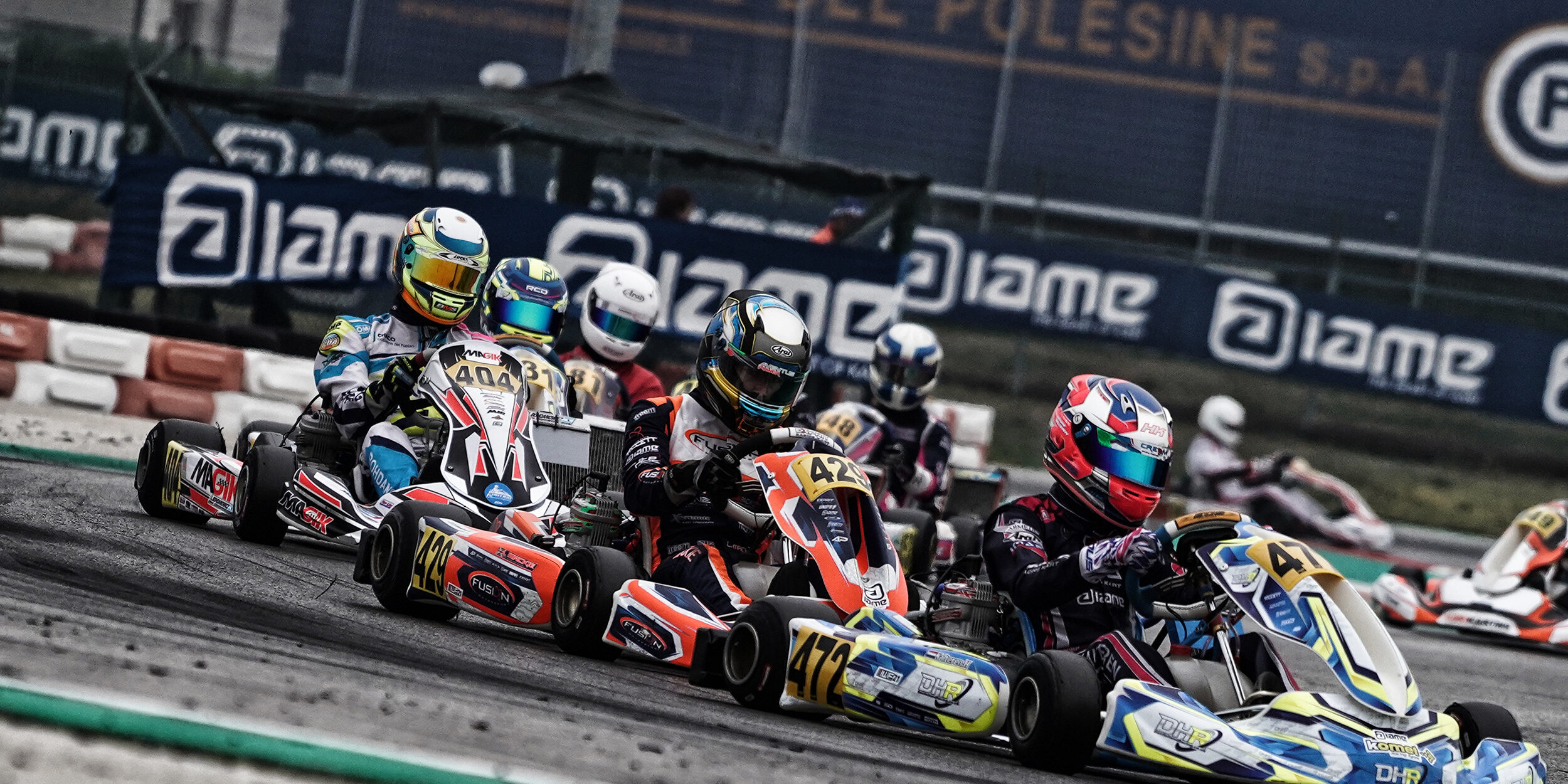 The weekend of Adria valid for the IAME Warriors Final entered its “red-hot” day three, the decisive one to define the finalists among the 300 best IAME drivers that reached Italy from 29 different countries hunting for the 2021 international titles by IAME.

At the Adria Karting Raceway it has been the last chance to qualify for the finals on Saturday, October 23, and drivers have played all their cards in the final qualifying heats to earn the victory in X30 Mini, X30 Junior, X30 Senior, X30 Master and Z-I.

MINI. The spectacle is at home in X30 Mini. At the end of the 6 heats the Irish driver Daniel Kelleher (#152 Fusion Motorsport/KR-Iame-Komet) is leading pack and is followed by the Swiss Kilian Josseron (#162 Team Driver/KR-Iame), the Brit Lewis Wherrell (#119 Oliver Rowland Motorsport/KR-Iame) and the Italian Filippo Sala (#145 Team Driver/KR-Iame-Komet), as all these drivers won one qualifying heat each. The fifth place is currently occupied by the surprising young Spanish driver Luna Fluxa Cross (#103 Fusion Motorsport/KR-Iame). 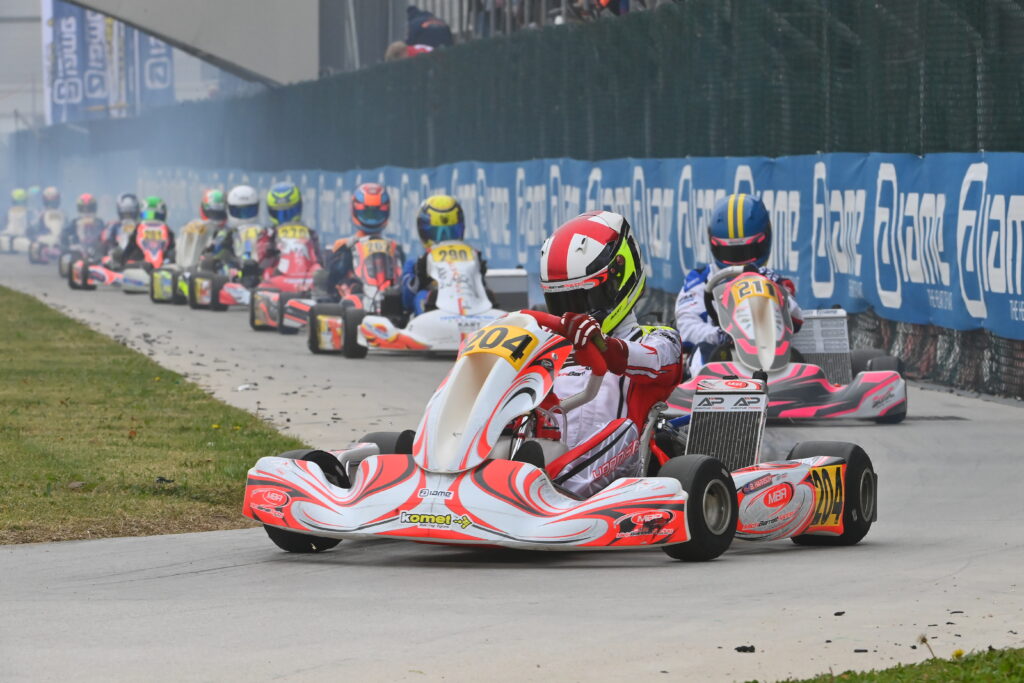 X30 JUNIOR. A total of 15 heats have been run in X30 Junior, with a lot of winners and a lot of on-off results. Eventually, the Brit Bart Harrison (#204 Mick Barrett Racing/Red Speed-Iame-Komet) had the upper hand thanks to a victory and several good placings. He is followed by fellow-countrymen Vinnie Phillips (#206 Phillips/Tony Kart-Iame), who won two heats, and Marcus Luzio (#234 Strawberry Racing/Tony Kart-Iame), who won three heats. The fourth place is currently held by the French Ethan Pharamond (#212 Pharamond/Kosmic-Iame) who claimed two wins and leads the Brit Charlie Webb (#227 Fusion Motorsport/BirelART-Iame), who won the last heat of the day. 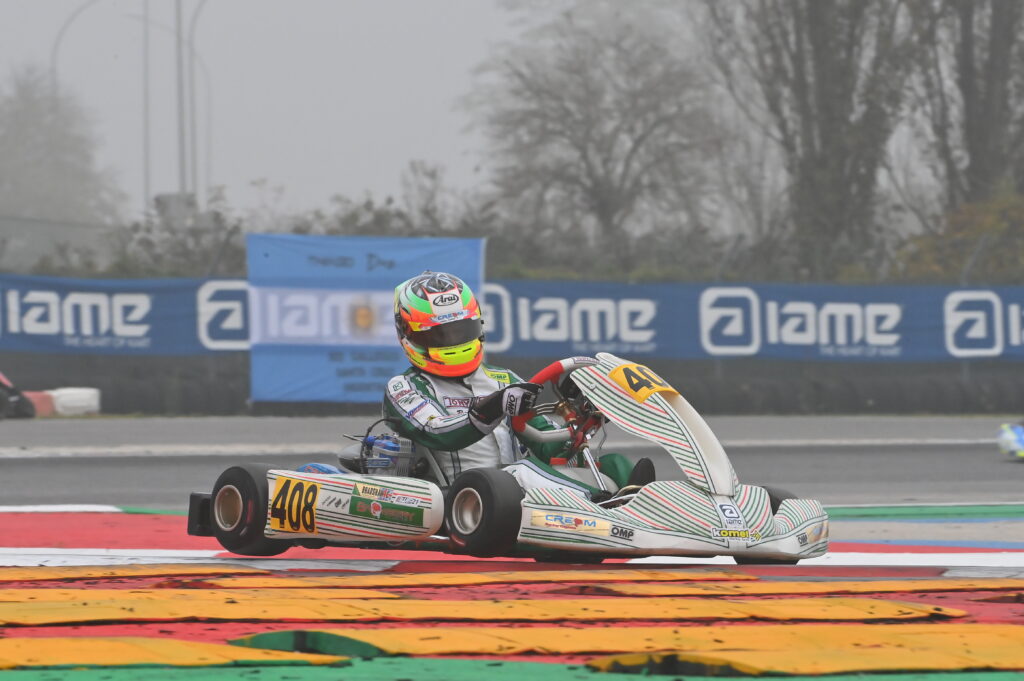 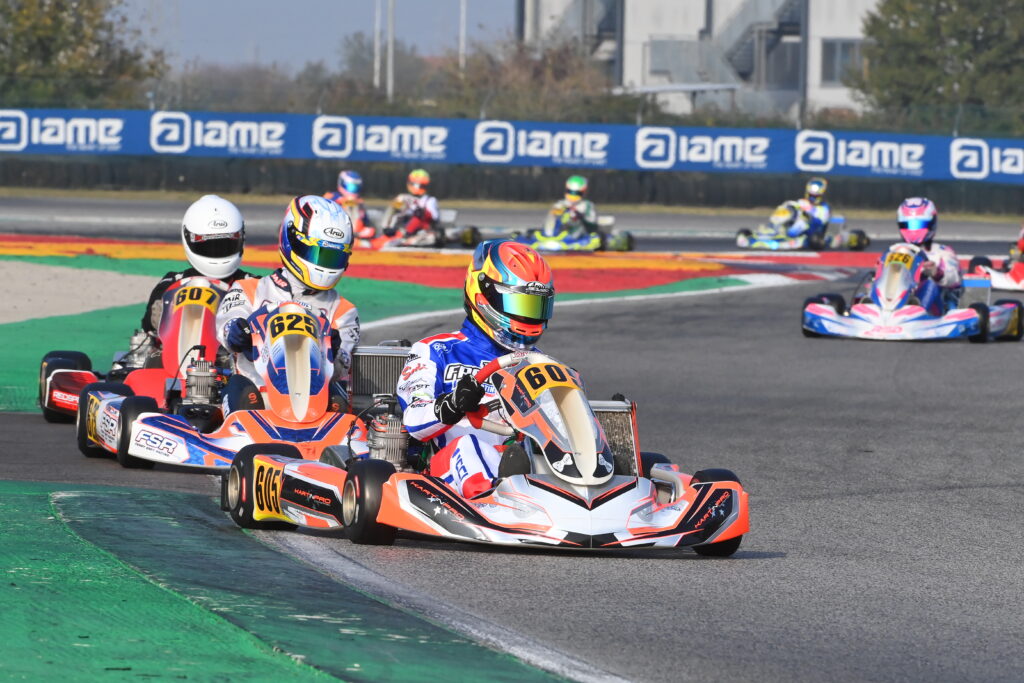 X30 MASTER. The French Thomas Ricci (#605 Ricci/Tony Kart-Iame-Komet) kept his momentum in  X30 Master. After the three wins secured yesterday, he completed the poker winning the fourth and closing heat on Friday. The fight for the podium will also include Estonia’s Kenneth Hiltdebrand (#616 KH Racing Team/BirelART-Iame), who currently enjoys a small advantage on the Argentine Ignacio Vivian (#601 Vivian/KR-Iame), the Irish Richard Faulkner (#633 Faulkner/Tony Kart-Iame) and the Belgian Kevin Lemmens (#628 EGP Racing Team/Kosmic-Iame). 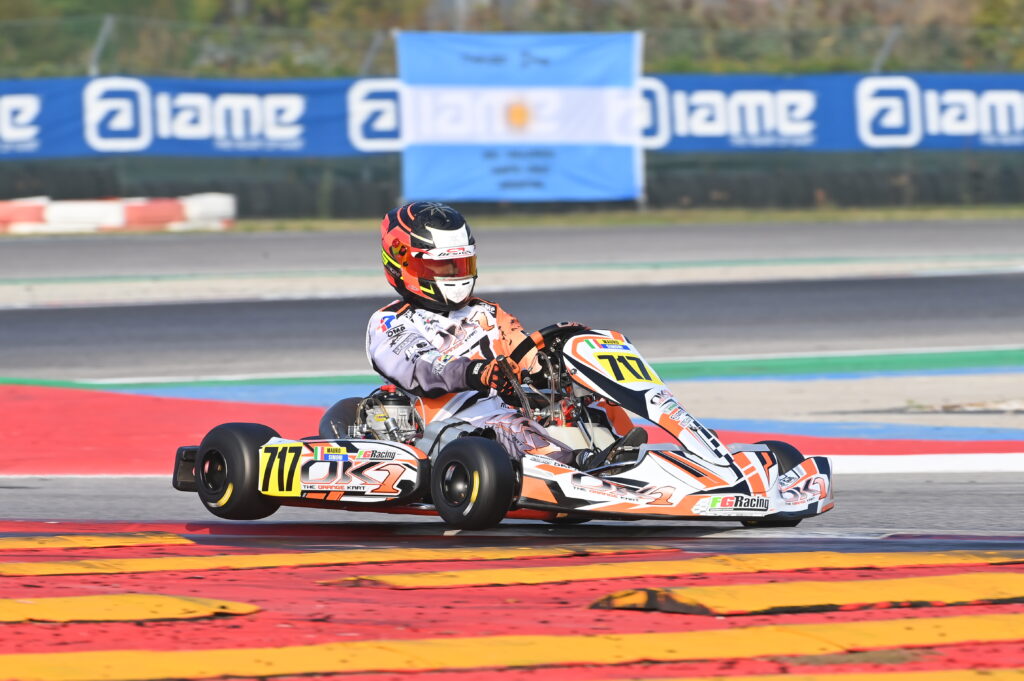 Z-I. The shifter category Z-I promises to be quite exciting too. The Italian Mauro Simoni (#717 OK1 Racing Team/OK1-Iame-Komet) won the two first heats on Thursday, while his fellow countryman Moritz Ebner (#706 Tec Tav/BirelART/Iame) won the third on Thursday and the fourth on Friday. The other front runners of Z-I are the Dane Thomas Hamann Dam (#707 Dam Racing/Sodikart-Iame), the Belgian Sam Claes (#713 Claes/Sodi-Iame) and the Swede Albin Karlsson (#711 KH Racing/BirelART-Iame).

PREFINALS. The Prefinals of X30 Master and the shifter Z-I were also run at the end of the day. These are the races that defined the starting grids of the Saturday’s Finals. The X30 Master Final was won by the French Thomas Ricci (#605 Ricci/Tony Kart-Iame-Komet), while the Italian Moritz Ebner (#706 Tec Tav/BirelART-Iame-Komet) continued his crescendo of results and won the Prefinal of Z-I.

The complete event will be available in Live Streaming from the IAME official webpage, Facebook and YouTube channels.